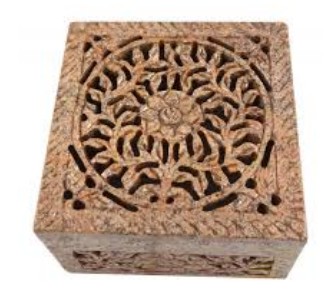 Soapstone is used mainly for shaping and carving idols; there are many villages in Bastar which have shrines with stone idols. The villages of Bade Dongar, Chotta Dongar, Dantewada, Narangpal, Bastar, Kondagaon, Chapka and Amravati are well-known for their stone shrines (dev-gudi). The idols made are of Budhi Mai, Danteshwai, Khanda Kanalin, Phiranta Mata, Jhitku-Mitki, Banga Ram, Andhar Devi, Sendia Mata, Mavli Devi and Rao Dev — these being some of the most important gods and goddesses worshipped by the tribals, particularly by the Muria, Mahara and Rawat communities. These deities are believed to protect the village from evil forces and diseases. Non-ritualistic products like a Mariamaak, as well as paper-weights and pin-stands are also crafted out or soapstone. The large tool used for cutting stone is called as basula, and the chisels (of various shapes and sizes ) used for fine carving are known as pataasis. The Whar make free-hand carvings with these chisels, enlivening the basic motifs with details. The other tools used are guniya, a compass for measurement, and a chisel with a slight depression which is used to make grooves. The two types of impressions made by this chisel are warja — where the blade is broad — and warji — where the blade is narrow. The idols are polished with polishing stones or battas by women and children.
There are five types of stones available at Banaur of which rajouri is the most durable. The stone most suitable for carving idols is dingi, and another type of stone known as dauver is used for making lattices. A pink and white stone called sudapaal is found in Bastar. This is quite soft and easily carved.
The two types of idols that are made are the tatiya saaj — which has two-dimensional relief work — and the akshang — with three-dimensional relief work. In parts of western Madhya Pradesh, idols of the gods Hanuman, Ganesh and Shiva, and the goddess Parvati are carved by the Meena, Gujarat and Raigarh tribals, who are mainly from Rajasthan; the idols of the gods Pabuji and Tejaji of Rajasthan are also carved. These are found in the districts of Ratlam, Kurkshi and Mandsaur. The popular deities that are stone-crafted include the gods Bijasan, Bhairav, Hardaul, Karas Deo and Hanuman, and the goddesses, Durga, Kali and Bhawani. In Kailaven and Tikamgarh districts, figures of wild animals are also carved. 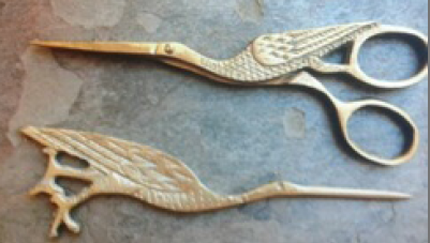 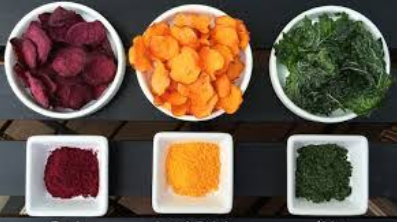