Commonly used symbols in Bhutan and their significance

The dragon can be found on Bhutan’s national flag, the royal crest and in many paintings in temples and buildings. In fact the word druk has come to be synonymous with all things Bhutanese – it is the name used by the National Airlines; it is also the trade mark for fruit juices, jams and other commodities.

In the National Flag, the upper part of the flag’s golden yellow colour represents the secular power of the king, the lower orange part symbolises the Buddhist religion and the white dragon represents the country of Bhutan itself – its purity; the jewels held in its claw stand for the wealth and perfection of the country.

ROYAL CREST (DRUK KHATAP)
The official seal or Royal Crest of Bhutan has two dragons, and in between in the centre is the crossed dorje (vajra/thunderbolt). The sacred jewel at the top of the crest signifies the supremacy of the sovereign in the Buddhist Kingdom of Bhutan.

The dorje jadram or ‘Crossed Thunderbolt’ (vajra) at the centre symbolises the harmonious relationship between traditional customs of spiritual law and modern authority.

The two male and female thunder dragons (druk) guarding the crossed thunderbolts represent the two deities protecting the country’s religion and people from inimical outside forces.

EIGHT AUSPICIOUS SIGNS (TASHI TAGYE)
In a certain configuration, the eight auspicious signs represent the different parts of Lord Buddha’s body (viz. the vase of immorality represents the throat, the lotus represents the tongue, the fishes represent the eyes and so on). The signs are extensively used as decorations in Bhutan. They are painted on the ceilings and pillars in buildings and also carved in metal or wood. They also feature on the reverse of the tikchung coin in circulation in Bhutan.

FOUR HARMONIOUS SIBLINGS (THUENPA PUNZHI)
The fable of the four harmonious siblings is said to have been told by the Buddha himself to promote Buddhist virtues. The composition illustrates the harmonious relationship among four siblings (elephant, monkey, rabbit, and bird), and their co-operation with each other – the strong support the weak and they all unite together to make a tree grow.

The tag (tiger), singhe (snow lion), chung (garuda) and druk (dragon) can often be seen painted together outside buildings. These four animals bring good luck. Garuda, the mythical sun eagle – Vishnu’s vehicle (Vishnu is a Hindu divinity) is also owned by Vajrayana Buddhism and associated with Vajrapani. The famous Chinese pilgrim, Husan Tsang mentions that Vajrapani was connected with subduing the gigantic snake in Uddiyana. It is also believed that when the serpents came to listen to the Buddha’s sermons, it was Vajrapani’s duty to protect them from their mortal enemy, the garuda. To do so, Vajrapani assumed the shape of a garuda and is thus depicted on the top of the Prabhavalis of important Buddhist divinities.

THE SIX SYMBOLS OF LONG LIFE (TSHERING DRUKOR)
This image depicts the symbols of longevity and brings good luck. They are:

THE RAVEN (MAHAKALA)
This represents the deity Gonpo Tarodonchen (Mahakala with a raven’s head) one of the most important guardian deities of Bhutan. 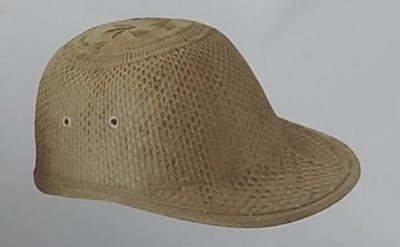 Cane and Bamboo of Mizoram