Clay and Terracotta of Tamil Nadu

Clay figures are made all over Tamil Nadu and Pondicherry. Traditionally each village is guarded at its entrance by an enormous terracotta horse, which is the horse of Ayyanaar, a religious figure, the gramdevta of the village and its protector against all evils. Aiyyanar has an enormous moustache, big teeth and wide open eyes that keep constant vigil. Ayyanaar stands at the entrance surrounded by his horses and commanders or veerans.

Ayyanaar figures, which include the horses in the army, range in height from less than a metre to over 6 metres. They are some of the largest terracotta figures to be sculpted and are painstakingly made by mixing the moist clay with straw and sand for a proper consistency. For the horse, four clay cylinders are rolled out with a piece of wood, for the legs, after which the body is built up gradually. The accessories, such as bells, mirrors, grotesque faces (kirthimukha) and crocodiles (makaras), are made separately as is the head. The parts are joined together on the auspicious tenth day, when the figure of Ayyanaar seated on the horse is given its features. This is then baked in a rustic kiln of straw and verati or dried cow-dung which is then covered with mud. Parts of the larger figures have to be fired separately, joined together and fired again. The faces are sometimes painted red to denote anger and the neck blue to denote calm. The rest of the body and decorations are also painted in bright colours.

The oldest Ayyanaars and horses are found in Salem district. Salem and Pudukottai districts make the most large terracotta horses; the smaller figures, human, divine and animal, are made all over the state. Given the time taken by the firing process, moulds are becoming popular to hasten the process. Ayyanaar figures are found in the village sanctuaries of Chettampatti and Nallur (Tiruchirapalli district), Tirripuyanam (Madurai district), and Vadugapalayam (Coimbatore district).

Most of the other village deities are also made of terracotta. The temples found in the village are usually for the mother goddess or ammankovil along with a temple to the deity Ganesha or Pillaiyaar.

Another important terracotta shrine is the naaga or serpent shrine, situated under a pipal tree near an anthill. It is made of clay with an intertwined body and is worshipped for its power of protection and rejuvenation. On Vinayaka Chathurthi clay Ganeshas are made and sold everywhere. These range in height from a few centimetres to a metre and they are glazed, painted, baked or often unbaked. The models are immersed in wells after the festival, and the unbaked form is preferred as it crumbles easily.

Other products crafted include water drawing and storing pots and cooking vessels. During the harvest festival of Pongal old pots in the house are replaced by new cooking pots, vessels for storing grain and a new container for the auspicious tulasi/holy basil plant. The pots symbolise continuity of life, creation, destruction and rebirth.

In Tamil Nadu, potters are known as kuyavar, kulalaar or velar and they trace their origin to Vishwakarma, the divine craftsman himself. 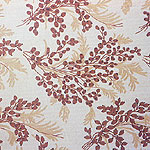 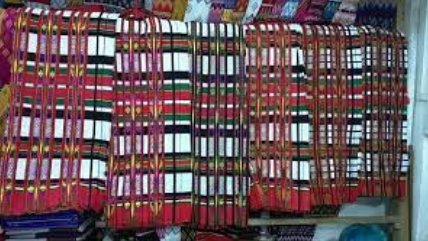