After the ban on ivory the artisans moved on to carving artefacts in horn and bone. The articles made include handles for weapons, like swords and daggers, howdahs for riding on elephants, palanquins, thrones, couches, and divans. The other items made are salvers, tumblers, jewellery, hukka bases, and toys carved in the shape of animals, birds, and fish. There are figurines depicting gods and animals, mythological motifs, and folk motifs depicting the intricacy of carving. The other items made are bangle boxes, chessmen, animal figures, combs, and paper cutters, some of which are painted. In the boxes, the jali is intricately cut and perforated, with floral patterns as well as human and animal figures. There is a unique item known as bartana, shaped like a paper knife, which is passed between the forehead and the turban to ease tension.
The main centres for this craft are Jaipur, Ajmer, Bikaner, and Jodhpur. Jodhpur is famous for its bangles of various sizes which cover the whole arm, from the wrist to the shoulder. These bangles are often decorated with glass beads, coloured lace, gold leaf, or a simple colour ornamentation. Pieces of seashell are stuck together around bone to from a mosaic-like outer layer. This is mainly used as a decorative item. This craft is mainly practised in Jodhpur. 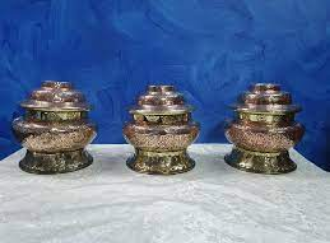 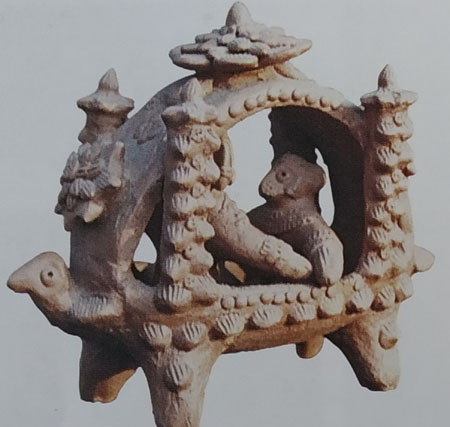