Any picture of Nepal is incomplete without a view of prayer flags that flutter from rooftops all over. It is believed that prayers are carried along the wind, and in Nepal and Tibet the prayer flag is known as the Windhorse or Lung Ta.

HISTORY & ORIGIN
While there is no scholarly consensus on the origin of prayer flags, it appears that they pre-date Buddhism. It is most likely that they originated in the Himalayas, in Tibet, with the Bonpo culture. The Dalai Lama has said that when Buddhism travelled from India to Tibet, the Tibetan Buddhists assimilated the prayer flag tradition. The Bonpo prayer flags, 2,500 years ago, bore this message: ‘May the horse of good fortune run fast and increase the power of life, influence, fortune, wealth and health.

PROCESS & FORMATS
Skilled wood-block carvers, usually monks or lamas in Nepal and Tibet, carve the wooden hand-blocks required to print the prayer flags, as a form of spiritual practice. Squares of cloth, in each of the Five Elements/ Five Buddha Families colours, are printed in a single colour, usually black, and sewn on a cord in groups of five as each rolled set comprises a minimum of five flags. The sets of colours are repeated in multiples of five.

There are several styles of flag sets: they may be horizontal (Lung ta) or vertical (Dar cho) flag sets.

MOTIFS & IMAGES
The designs are reproduced on the prayer flags through hand blocks; the printing ink used is black in colour. The images on the prayer flags may be of the Buddha, the bodhisattvas, the Goddess Tara, or the Rimpoches; animals, and the lotus are also important motifs. The eight auspicious symbols that appear on many of the sets are the: the two fish, conch shell, parasol, furled banner, the Wheel of Teaching that the Buddha turned, the Eternal Knot, the lotus, and the Treasure Vase of Sacred Water filled with the nectar of immortality. Usually the symbol of the Wind Horse appears at the centre with the Wish Fulfilling Jewel on its back. On the corners are printed the four supernatural creatures of Buddhism: the garuda, the dragon, the tiger, and the snow lion. Sacred mantras accompany the images and add their weight to the message(s) being borne on the winds.

TRADITIONS & USES
These prayer flags are raised to mark auspicious occasions, particularly the New Year or lo sar, the Tibetan New Year, which normally falls in mid- to late February. Prayer flags are believed to be activated by the wind that moves them. In this, they function in a similar way to the prayer wheels. It is common to write a person’s name or the birth or wedding date of a person on one of the prayer flags to personalise it. As the wind carries the prayers off the cloth and into the heavens, the blessings are released to assist those who hang the flags and to benefit all beings.

It is considered a sign of respect to keep the prayer flags off the ground and to have clear, beneficial intentions as they are being hung. As the cloth frays and the printed images fade and are worn out, they are often burned, to release the last expression of prayer. It is also common in Nepal to see old, tattered flags side by side with new ones, left to the elements. 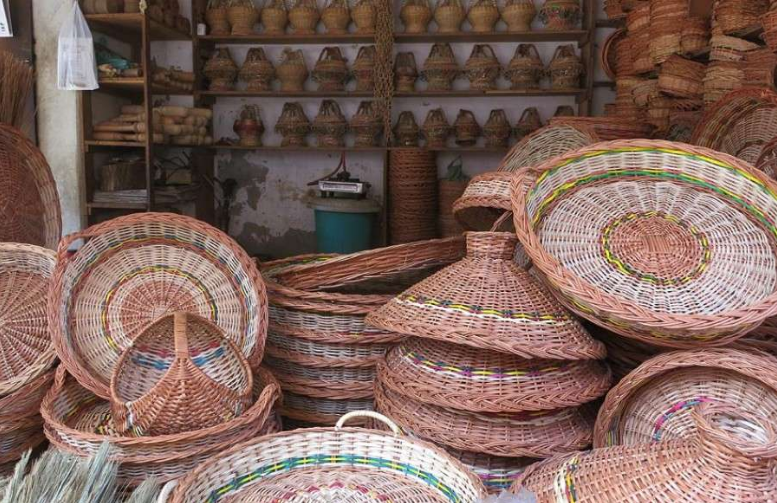