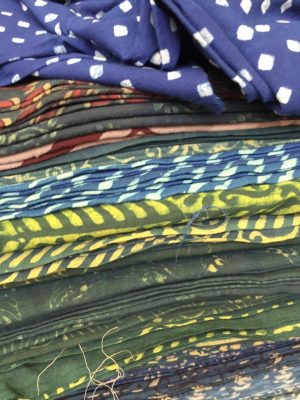 Akola is a craft cluster in the Udaipur district of Rajasthan. The Akola region is renowned for hand block printing. The dabu or mud resist printing of this region is of two specific types namely phetia and nangna. These are exclusive to this area. The former is worn primarily by the women of the Jat and Chaudhury castes especially after childbirth or during marriages while the latter were worn by the Gujjar women. The resist is made by a local gum/ bedja and oil and the previously used resist by boiling for several hours. The napthol / alizarinedyed cloth is stamped with the metal blocks. The ash dust is rubbed on the surface to avoid hot resist to stick when folded. Three types of mud resist are used; chuna/lime or kirana is the weakest resist which is used for fine outlines. Mitti/mud is used when the cloth needs to be immersed in indigo a few times and rait/sand, the strongest of resist is used for most absorbent colours like pomegranate and ferrous dyes. A range of products like ghaghra fabric, odhani-veil cloth, yardage and dupatta-stole. 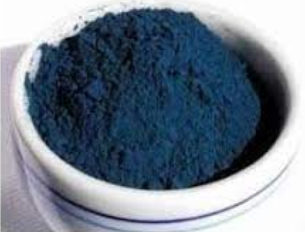 Jewellery and Jewelled Objects of Sikkim