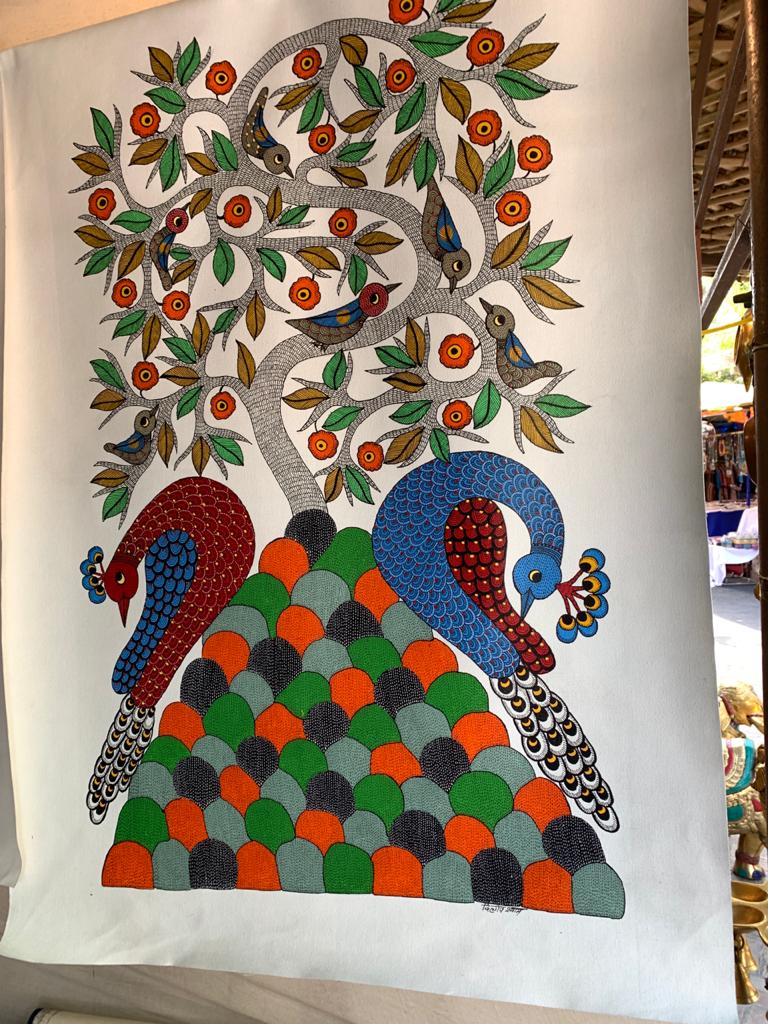 Gond tribal paintings are traditional art of the Gond tribes residing over the entire Madhya Pradesh region. They celebrate the agricultural festivities, nature and symbiotic relation of flora and fauna.

GEOGRAPHY:
Madhya Pradesh located in the central India is marked by most ancient site of Bhimbetka, and has witnessed much cultural diversity. Madhya Pradesh can be distinguished in three cultural zones; Bundhelkhand– the land of palaces, forts and home to Bundela Rajputs; Malwa is situated along the banks of river Narmada in Madhya Pradesh with many religious ghats and pilgrimages associated with its history and Mandla tribal region is in the eastern Madhya Pradesh. The tribal belts of Gondwana, Nimar, Bhagor, Tarwangarh and Baghelkhand of Mandla practically dominate the entire region of Madhya Pradesh. Gond tribe is the largest tribe of Asia that contributes to the material culture of the region in significant ways.

SIGNIFICANCE:
Gond painting of tribal people of Mandla is one of the cultural manifestations. It is an admiration for nature, forests and the agriculture. The paintings are based on local festivals like Karwa chauth, Nag Panchmi, and Sanjhi when women paint their houses with homemade natural colours. The paintings are votive in nature and depict symbolism amongst snakes, birds and other animals. The paintings also celebrate the birth of Lord Krishna and traditionally it was done on walls. Later some of the artists shifted to painting on paper for commercial purposes. Gond painting has now found worldwide exposure and acclaim. Artists use their own imagination to interpret the nature and thus bring out characteristically different designs.

STYLES:
Every region of Madhya Pradesh has a distinct style of painting. Chiteras of Bundelkhand and women of Rajwar community are professional in lipai. Those from Pando and Satnami communities make linear designs on mud plaster base with fingers. The Malwa and Nimar region are known for the mandana floor decorations in geometrical shapes of peacocks, lions, swastika. 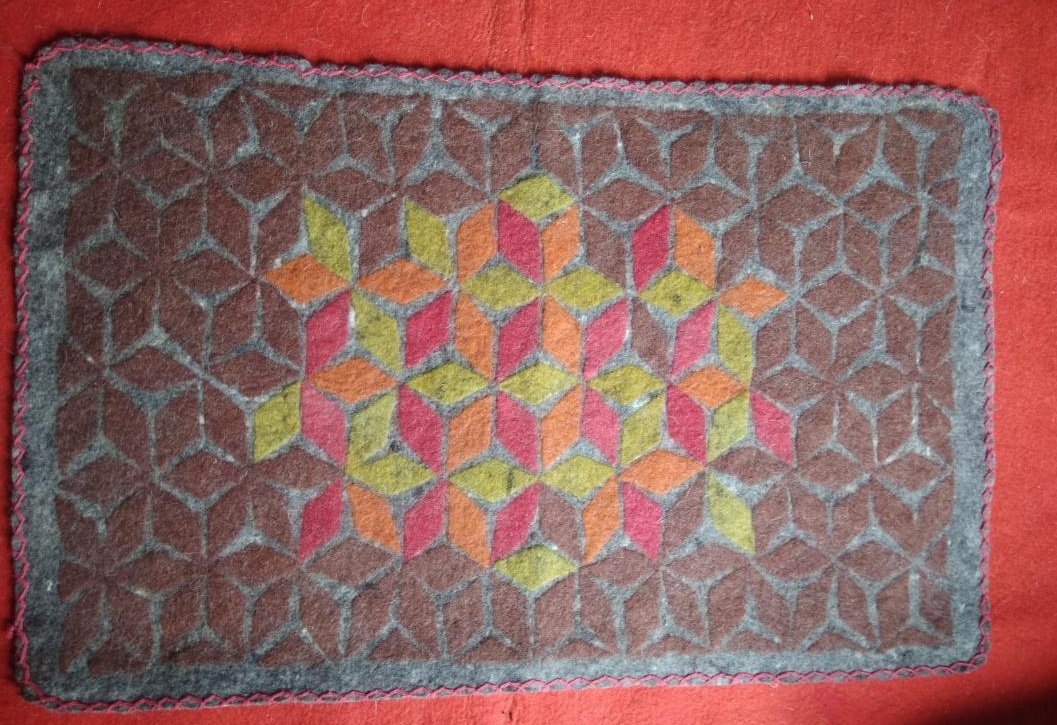