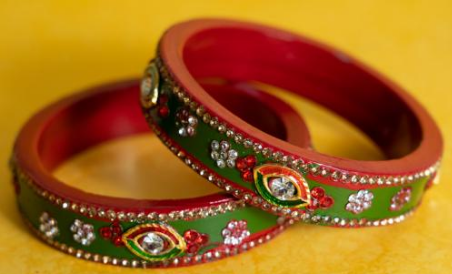 During their rule in Old Delhi (also known as Shahjajanabad) the Mughals were avid patrons of arts and crafts. The Matia Mahal’s Pahadi Bhoja houses a collection of masterpiece craftsmanship as well as shops selling fashionable jewellery. These shops are owned by the descendants of ancestral artists who trained in ivory carving. However, due to the ban on ivory, these artisans were forced to use bones of buffaloes and camels instead.

Zardozi is a popular traditional embroidery style that uses golden thread to decorate a fabric. Craftspeople use this to create intricate designs on various garments made of silk and velvet. Another well-known work that was common during Shahjahanabad’s heyday was Meenakari work done on gold or silver. Meenakari is the process of embossing paint on gold and silver in an imaginative way to create the appearance of a precious stone. These craftsmen also make small sheets of silver that are used to wrap sweets.

Lacquer work on bangles is also very common, with small pieces of glass embossed with bright colours and gold borders. Incense sticks made of ittars (perfumes) or brass are also common in Delhi craftsmanship.

However, changes in colonial rule and other instabilities in Delhi compelled some artisans to choose alternative paths. As a result, many of them relocated to Rajasthan, while lac bangle artisans relocated to Hyderabad. 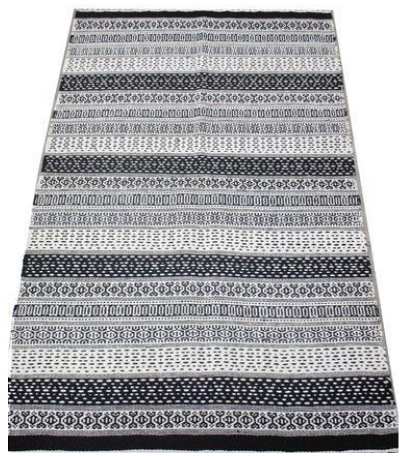