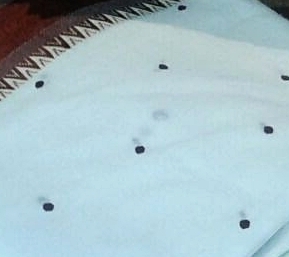 Dhaniakhali is an administrative division in Chinsurah subdivision of Hooghly district in West Bengal. It is also one of the places where the craft of weaving Jamdani Sarees is practiced. After the partition of Bengal, India was only left with Dhaniakhali, Shantipur and Phulia for its traditional Bengali handloom sarees. Of these the best can be said to be woven in the Dhanikhali, where every household has at least one loom. Hence, it is no surprise that the saree is named after the place.
Earlier the area was famous for its superfine dhotis, but has now shifted to exclusively producing sarees, due to the fall in demand. In order to cater to the needs of the changing market, the weavers are now aspiring to also weave material for salwar-kurtas.
The material used for the Dhanikhali saree is coarse and heavier as compared to other textiles from Bengal. However it is meets the middle class budget.
The Dhanikhali saree is characterised by the white yarn with 100 by 100 cotton thread count, borders between 1.5 and 2 inches and a 5.5 metres drape. It takes a minimum of two days (10-12 hours each day) to weave an ordinary Dhanikhali saree, for which the weaver may collect up to Rs. 50. This would sell for Rs. 100 in the market. On the other hand the most exotic ones take four to five days to be woven and which would fetch the craftsperson Rs. 450, when sold for Rs. 800.
A while back due to the competition it faced from the machine-made cheaper cotton sarees, the craft was fighting for its existence. While at least 55% of the weavers of Dhanikhali are members of a co-operative, Dhanikhali Union Tant Silpi Samabaya Samity, the rest have to deal with middlemen to earn a living. This is because the cooperative does not have means to help all the weavers, when they can barely help this 55%.
However, when Mamta Banerjee, an ardent supporter of the Dhaniakhali saree, swept the West Bengal elections, the Dhanikhali saree now famously known as the Mamta saree, became an icon. While her fans are placing bulk orders with the weavers, the retail markets of Kolkata too are stocking the Mamta saree in large numbers to meet the growing demand in the city.
Mamta’s slogan of Ma, Mati, Manush has also become a part of the saree with the weavers incorporating the three words in the borders of the saree. 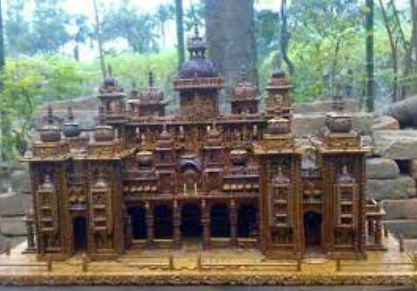 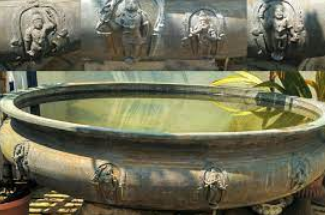