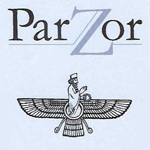 The UNESCO Assisted PARZOR Project for the Preservation and Promotion of Parsi Zoroastrian Culture and Heritage or UNESCO Parzor, was initiated by UNESCO New Delhi in 1999. Seeking to research and document the vulnerable heritage of the Parsi Zoroastrians of India it has grown from a small beginning in the field of oral traditions recording to expand into medical and
demographic research, book publication, the creation of film documentaries and research
and revival of Parsi textiles and embroidery.

A small core of volunteers forms the core of Parzor, researchers from national institutes such as NID, 1155 Indian Universities and medical hospitals supplement them and conduct nationwide research. Parzor has worked at grass root level in rural and small towns of Gujarat, recording in film and photographs the life of the Parsis, discovering valuable cross-cultural links both in the oral tradition and in the history of the community. The Meherjirana library project of Navsari, which Parzor initiated, has provided microfilms of ancient Avesta and Pahlavi manuscripts valuable to scholars.

Parzor has documented the lives and contribution of Parsis like Field Marshal Sam Manekshaw and India’s first woman photo journalist, Homai Vyarawalla in the form of films and books that are available for sale to individuals and institutions. Parzor has also researched on Parsi embroidery and its link with textiles and embroidery from across the world. In order to ensure the continuity of the craft, workshops on Parsi embroidery have been held to expand its base and train craftsmen. Some of the articles produced are available for sale as are gift items including greeting cards designed on Parsi embroidery.