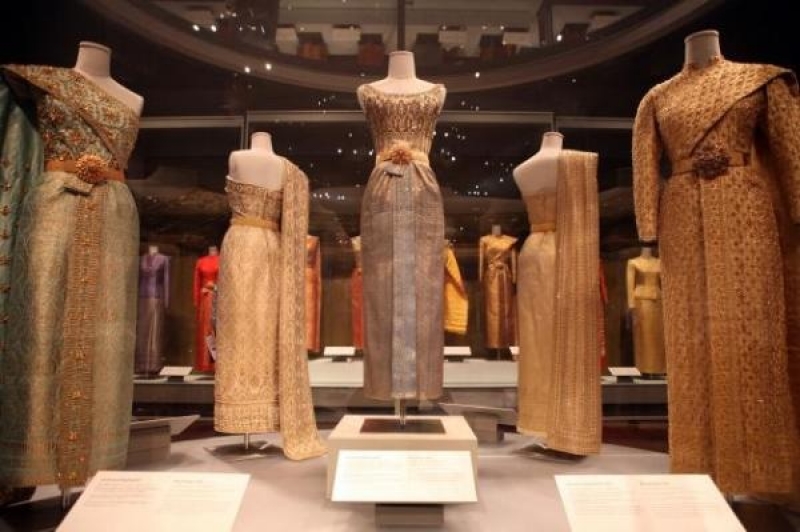 The Queen Sirikit Museum of Textiles is a specially designed textile and clothing museum that was opened on 9th May 2012. It is named after Queen Sirikit, wife of the former King, and is housed in the grounds of the Grand Palace, Bangkok. The museum contains textiles and garments from Southeast, South and East Asia with an emphasis on the textiles and clothing associated with Thailand and its royal court.

The museum’s facilities include gallery space for permanent and temporary exhibitions, conservation laboratories, specially designed storage space, and a library dedicated to the subject. The museum includes a wide variety of decorative needlework textiles and garments, including those made in Thailand and elsewhere.

Some of the more spectacular examples of decorative needlework on display include the royal coats called sua khrui worn by very high (male) members of the Thai court, as well as many of the garments made for Queen Sirikit. Some of the Queen’s dresses, for example, were described as fusion forms. The garments were created by the French designer, Pierre Balmain, using the Thai Dusit and Thai Chakri forms and with specially woven Thai brocades, but the hand embroidery used to decorate the blouses was carried out by the French company of Maison Lesage using French tambour techniques.

Other decorative needlework techniques on display include Myanmar female royal costumes made from numerous small components decorated with embroidery, as well as applied jewels, pearls and spangles. The various parts were then sewn together to create an elaborate, heavy, yet fragile body ‘armour.’