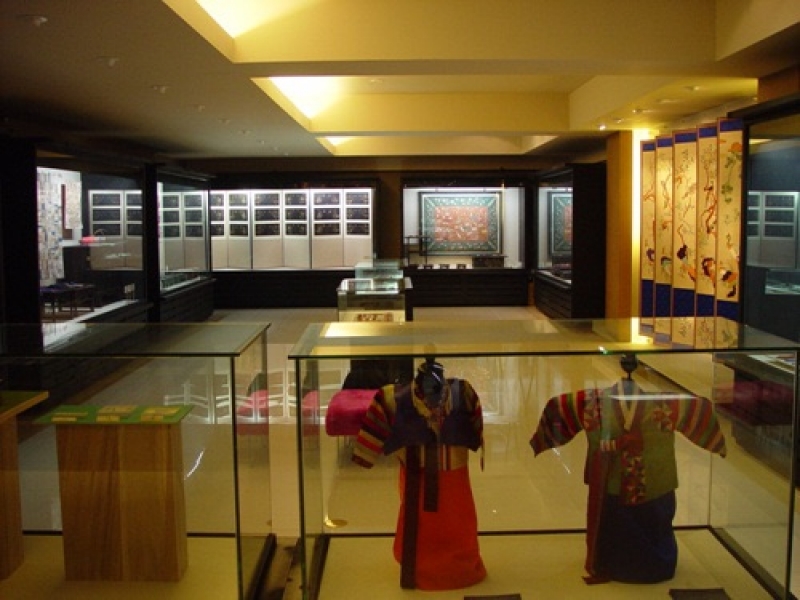 The Museum of Korean Embroidery is a private museum in Seoul, South Korea. It was founded in 1976 by Heo Dongwha and his wife, Park Young Sook. The museum was opened with an exhibition entitled ‘500 Years of Traditional Korean Embroidery’.

The museum was moved in 1991 to its current location in the Nonhyeong-dong Gangnam-gu district of Seoul. By the early twenty-first century, the museum housed about 3000 embroideries dating from the Joseon Period (1392-1910). The collection include embroidered boxes, cloth and leather panels, cloth wrappers (pojagi), cushions, screens, garments (especially for women), pleated sheets, as well as shoes and so forth. Several of the pieces in the collection have been designated as national treasures by the South Korean government. In addition to various exhibitions, the museum also publishes a series of books about traditional Korean embroidery techniques and finished products. All of these are in Korean.