The use of wool and its weaving is restricted dominantly to those regions which have a cold climate. Practitioners of this craft are also found in West Bengal. Tradition has it that Brahma created wool himself along with kusa grass, which is used for worship. Amulets and charms are tied with woollen threads and a black woollen thread tied on a person is supposed to ward off evil spirits. The most prized wool is the pashmina which is sourced from the under belly of the Himalayan pashmina goat, which grazes at an height of 14,000 feet. The woollen garment most popular in India is the shawl. Kashmir and Punjab are the leading centres for shawls. The jamavar shawl ( jama means robe, and var means yardage) is the most well-known. The number of colours in one shawl could be as many as 50. The kani shawl has several shuttles or kanis. Three or more weavers are needed for the weaving process, and when the weaves are two-sided it is called as do-rookha.
Wool obtained from sheep is commonly used. The raw wool from the sheep has to go through several processes before it is ready to be used as yarn for weaving. The fleece is first sorted by hand and the fine wool separated from the coarse. Fibres of similar length are put together. The wool is then washed in soapy water to remove impurities like straw, thorns, and burrs which tend to bury themselves in the animal’s coat. Once clear of impurities, the wool is pulled apart to separate and loosen the entangled fibres. Traditionally this teasing is carried out with two wooden combs: a lock of wool is placed on one comb and the entanglements are straightened by placing another comb on top and drawing the wool fibres between the two. The untwined wool is ready to be spun into yarn using a spindle. 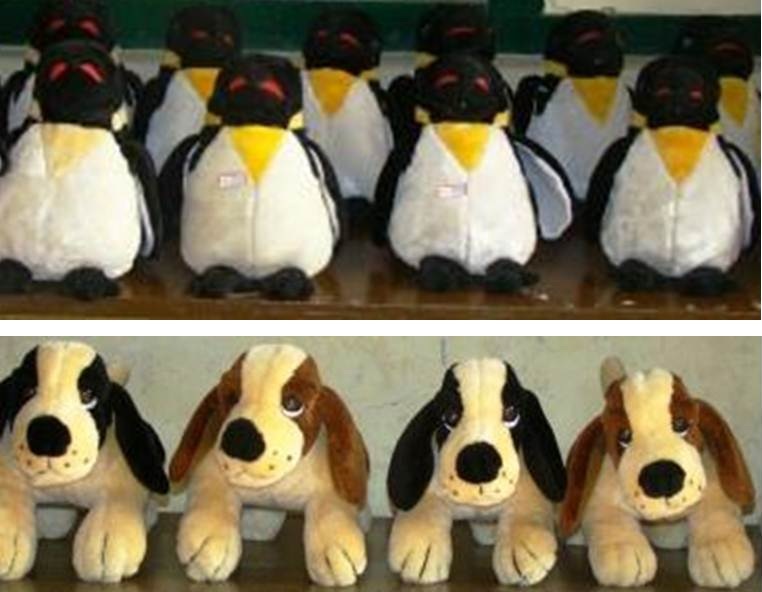 Dolls and Toys of Sikkim 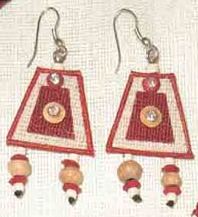