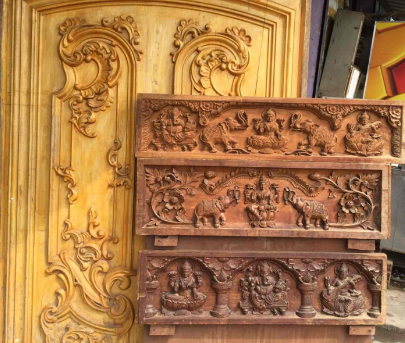 Wood carving is widely practiced in Tamil Nadu and Pondicherry. The famed temple chariots are made of wood and are full of intricate carvings.

The Padmanabhapuram palace in Kanyakumari district is an exquisite wooden palace, a striking example of the detailing in wood-carving in Tamil Nadu. Built in the 19th and 20th centuries, this has intricately carved roof gables, lathe-turned columns, carved window grills, decorated wooden ceilings. The ancestral homes are found in the districts of Ramnad, Pudukottai and Thiruchirapalli.

Even today house entrance doors made of wood have detailing done on them as the front door is considered a sacred threshold. The carvings on the door panels are of Hindu deities and auspicious motifs like the hamsa/mythical swan, padma/lotus, poornakumbha /cornucopia, kaamadhenu and patterned floral motifs.

Other carved wooden items made are small shrines and deities, low carved stools for marriages, carved fans for the deity, fertility couples and various small ceremonial containers. The carved panels of deities fixed to either end of a metre-long pole were the other ceremonial items. These panels are called kavadi and afre carried on the shoulders of a person to fulfill the vow to Lord Murugan or Karthikeya. Intricately carved wooden kitchen instruments such as grinders, vegetable cutters, serving ladle holders are items given in dowry. The range of skills is also exhibited in carved wooden smaller objects like wooden covers for manuscripts, spices and kumkum boxes and games and toys.

Toys made of wood are lathe-turned and lacquered, especially the cooking vessels and walkers known as kadasal. These are brightly coloured, inexpensive and are popular all over the state. Carved wooden toys dolls and elephants which exhibit the range of skills of the artisan are also made. 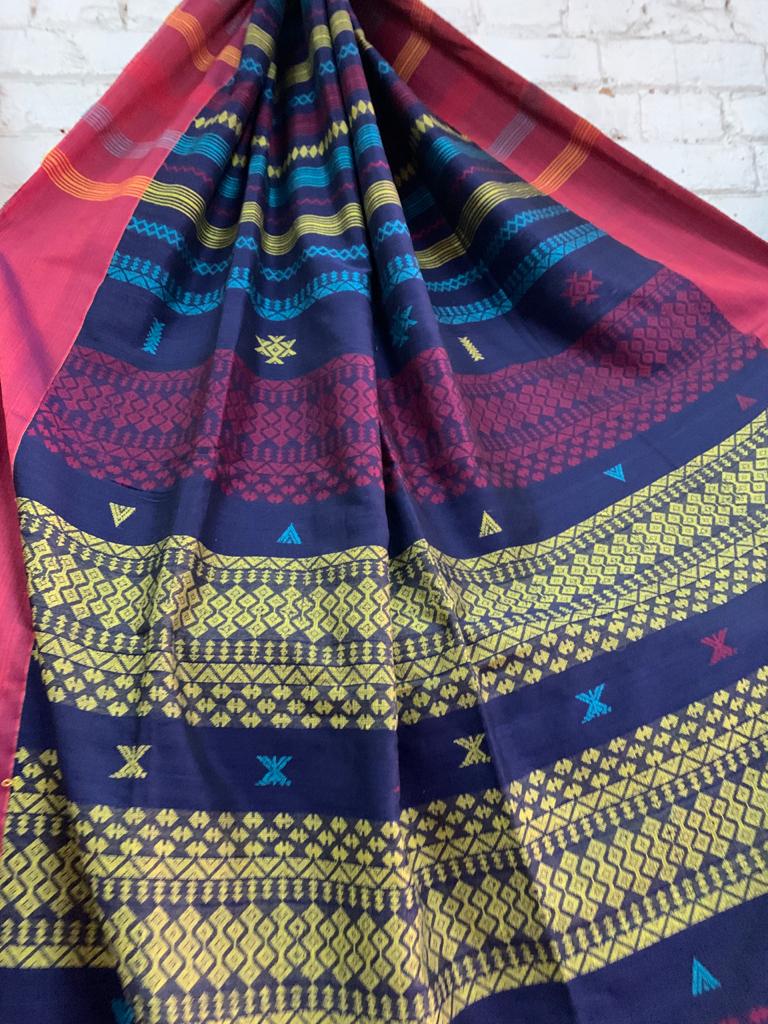 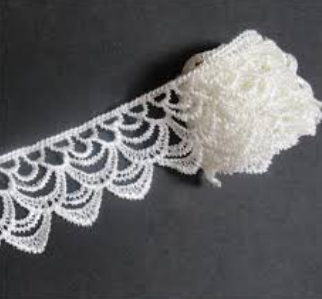 Lace and Crochet Embroidery of Jammu