Assam is a thickly forested area and a variety of wood and timber, including teak, are available. It has an old tradition in woodwork and is noted for its special styles and objects. Rather unususal and striking is a special wooden house called namghar or kirtanghar, which contains a throne-like seat, often shaped like a peacock, raised in tiers ranging between three and nine. Sometimes the lions are standing on elephants, while the lowest tier rests on tortoises. Elaborate wood-carving in the form of flowers and deities can be seen mostly on doors, walls, beams and ceilings, and carved simhasanas used in prayer houses. Wood decorative panels with intricate carvings can still be seen in the royal Assamese palaces of the past and in old monasteries.
Wood carvers were traditionally known as khanikars. Modern-day khanikars have taken to producing articles of commercial value, including figures of the one-horned rhinos and replicas of the famous Kamakhya temple. A testimony to the skill of the artisan is the old Assamese saying that a true Assamese can not only identify the timber by a mere touch, even in the darkness of the night, but also make a series of items from it.
Assam continues to be famous for finely carved chests for storage of ornaments and vessels, painted boxes, idols of gods and goddesses, stools and pedestals, book ends, hukkas and sandals.

Dolls and Toys of Chattisgarh 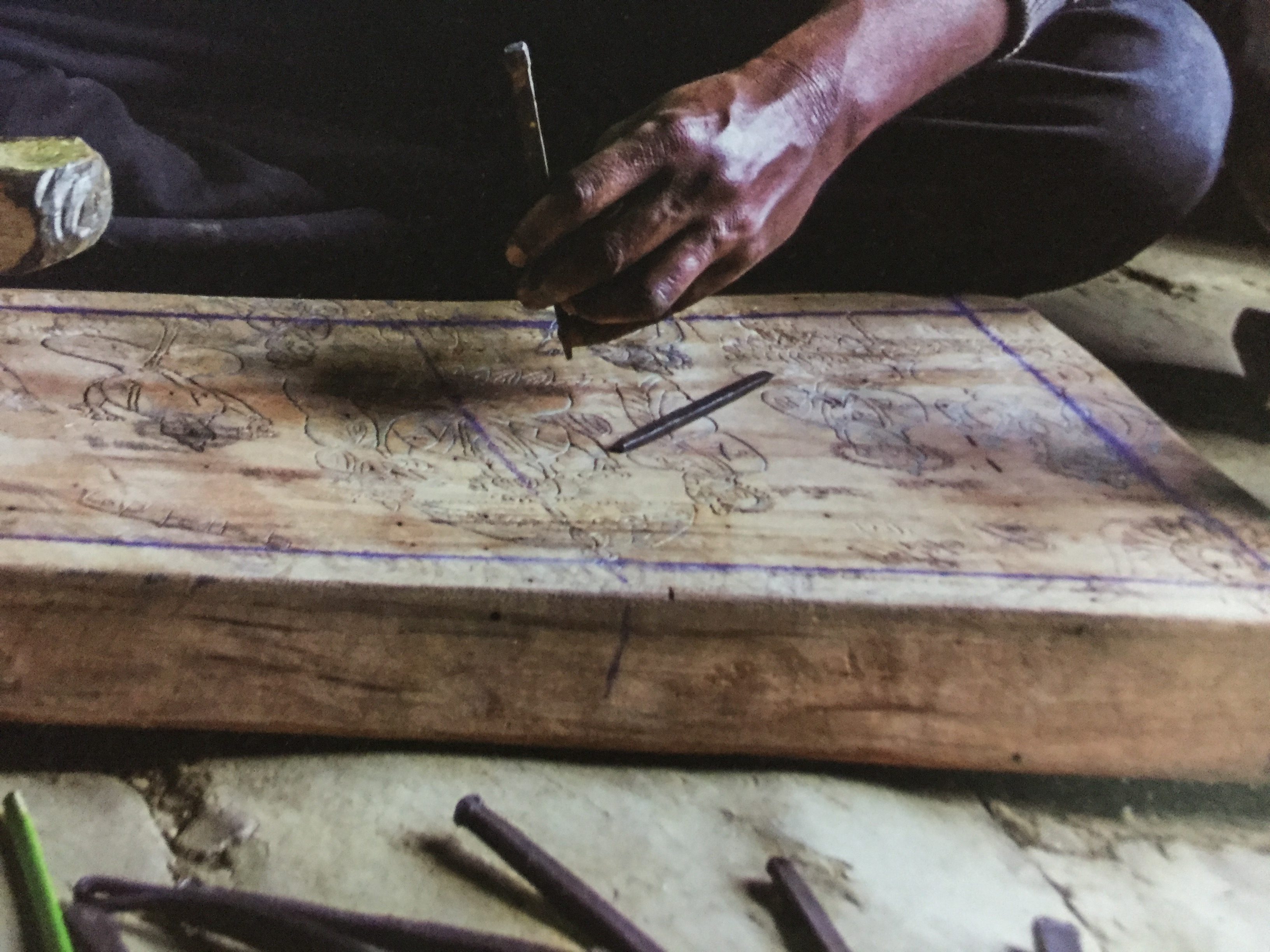