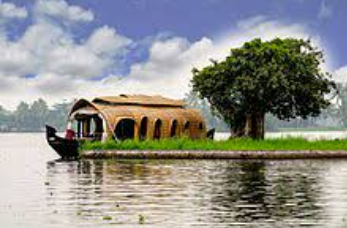 In the backwaters of Alappuzha, Kottayam and Pathanamihitta the  vallam and the kettuvallam wooden boats  continue to be used for transportation. Boat builders can be found in Alappuzha and Tattampally

While the chudanvallam or snake boats measuring 130-150 feet in length are used for sporting events and the regatta at Kumarakom,  these boats are usually manned by 100 or more rowers who practice for months to achieve the smooth coordination required for them to perform effectively as a team during the prestigious Nehru cup tournament.

The taravallam is a small boat used to ferry  a maximum of three to four people. It is usually has a U-shaped base to enhance the vessel’s stability. The boat gets its name from the process employed in its construction – that of hammering tara or nails into the planks.

The kettuvallam is the huge open to air boat propelled by means of long bamboo punts that are built to carry 7 to 9 lorry loads of cargo and is constructed by tying planks together. Its roofing, when required, is made of mats of woven bamboo splits that are tied onto vaulted bamboo splits that are tied onto vaulted bamboo frames.  The kettuvallam is now used largely as a house-boat for tourists for which pupose it has been redesigned. Its roof height has been raised for increased head-room, windows and other openings provided for light, better ventilation and an uninhibited view of the passing scenery. The interior space is usually separated with bamboo screen to form bedrooms with a common toilet, a living space, a kitchen and a deck balcony.

The construction of the vallam begins with the formation of the spine – the eravupalaka, central plank, that runs through the entire length of the boat. Once the secondary planks are coated with neem oil, they are heated on a fire fed with coconut husk, and bent to the curvature required to join them to the body with a simple lip and groove joint and then secured with nylon ropes. Teams of two start to work on the kettu or tying, one man inside the vallam and the other standing outside – they first pass the rope over a bundle of coconut husk embedded in the grooved joint and through one of the holes drilled along the length of each plank while  the second draws out the rope and tightens it as the man inside hammers the rope bundle into a condensed mass simultaneously. The rope is then inserted into the diagonally situated hole and pulled out by the man seated inside; the process is repeated until a crisscross pattern is achieved. The kombu and thalamaram, or two mastheads, are made separately and attached to the main body. A paste of charcoal powder, chanchalyam (arpus), lime powder and fish oil is applied on the kettu to prevent water from seeping in; it also serves to waterproof the wood and protect it from termite infestation. The outside of the vallam is coated with a mixture of cashew oil and coal powder to give it its characteristic black color. 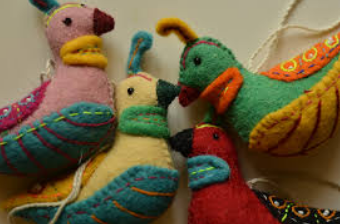 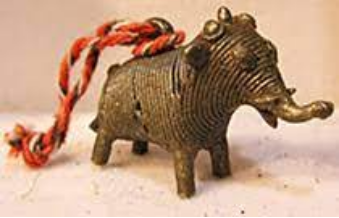