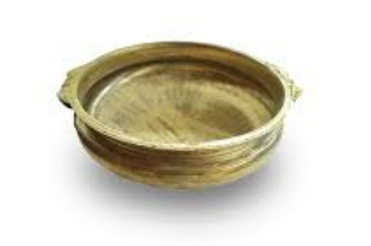 The Moosaris, one of the six categories of kammalas, are the traditional metalsmiths  of Kerala, they trace their origin to Vishwakarma, the deity of all craftspeople.  The Moosaris specialize in the making of cast bell metal utensils with thick cooking surfaces. Bell-metal, an alloy of copper and tin, and has a most attractive surface with an old gold tint that does not tarnish and needs no tinning. The Moosaris work in Thiruvananthapuram; Nadavaramba, Irinjalakuda, Kurmamkulam and Kadavallur in Thrissur district; in Manjapara in Ernakulam district; in Payyanur in Kannur district; and in  Kasaragod

The vessels cast include the urli and the varpu that are approximately 1 to 2 feet in diameter and are used in most households in Kerala for cooking payasam, the milk based delicacy. The large charakku, usually 3 to 8 feet in diameter with a surface thickness of as much as 20 mm are wide and shallow. They have handles on either side for ease of lifting.  This king of vessels and is one of the largest cooking vessels to be cast by man. It is used in temples and at weddings and feasts for the preparation of large quantities of food a tradition that started with the practice of feeding hundreds of Brahmins and others during temple festivals and royal ceremonies.

Using the cire perdue or lost wax method of casting, elaborate rituals and the propitiation of the gods traditionally accompany the casting. The process starts with invocations to Lord Ganapati and the ritual blessing of the axle, the core is made using a variety of clays, each of which is selected for its plasticity, bonding properties, strength or surface finish. The process of making the clay mould is so elaborate and laborious and the outcome of the solid metal mould so dependent on precise and careful handling of both the mould and the molten metal that special prayers and rituals are conducted throughout to ensure a perfect result.

A mixture of pure beeswax, tree resin and castor oil, prepared according to traditional means, is pinched onto the core in rolls or beaten into sheet and applied. Gauges for resin thickness are affixed to ensure an even rim and a constancy of body. A heater tool is used to remove the access wax while the core is turned and surface motifs made of wax rolls that are carved out of wax plates are attached. Wax runners, made broad at the top and narrow at the joint and distributed so as to ensure a convenient and balanced inflow of metal are placed at intervals.

Copper connecting pins are hammered into the wax, theseact as a support between the core and the outer mould. An outer clay mould is carefully executed and all edges are sealed. The firing involves two simultaneous activities – baking the mould and melting metal in crucibles. Metal is poured into conical openings while air escapes through strategically located vents, a process that may take up to two days. The mould is cooled and then broken to reveal the metal object.

Smaller items like lamps and small  household vessels are also crafted by the artisans. 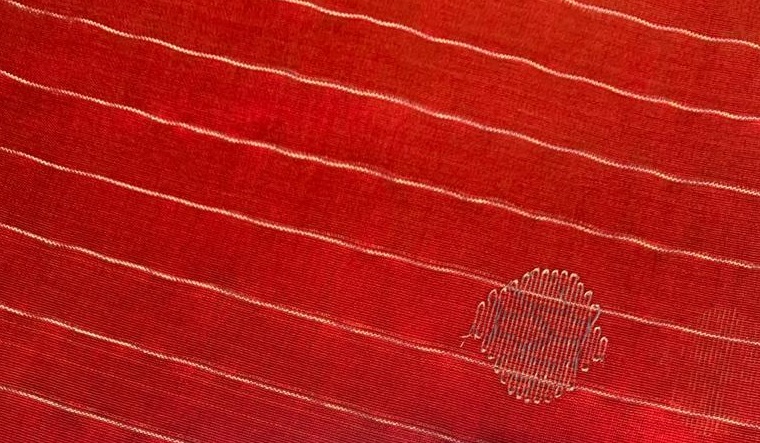