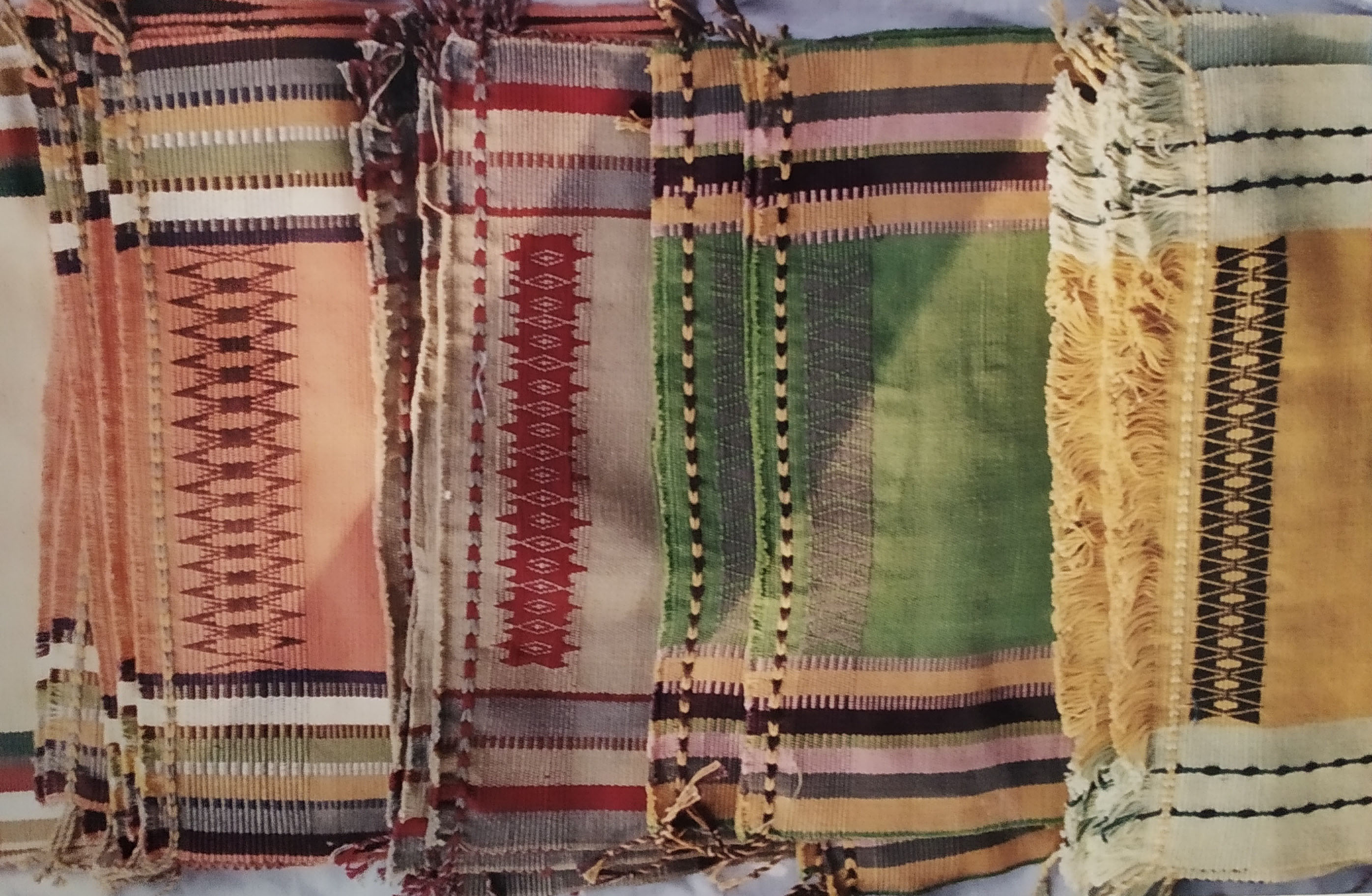 The hill tribes of north-east have been practising weaving since very old times. Loin loom or back strap loom called to be the oldest and simplest device used in the weaving of cloth is the common loom used by the tribes of Nagaland. The loom is adjustable to the body of the weaver and weaving is done without any mechanical adjustments.

Weaving is completely monopolised by the women of Nagaland. It is customary and a social obligation for every girl to learn weaving. Each Naga tribe has its own motif and design which forms its distinct identity. The cloth is warp dominant and the two colours specific to the textiles are red and black that emerge in lines on the white background. The loin loom consists of continuous warp stretched between two parallel bamboos with one end held at door or post and the other end converted into a strap held at the weaver’s waist.

With self sustaining rural economy, and raw material availability in abundance, the handloom industry of Nagaland has become a mainstay for livelihood. Cotton is grown plentifully by some tribes. This cotton is used for self as well sold to the other tribes of Nagaland for spinning and weaving purposes. Nagaland has created an internationally acclaimed space in the filed of indigenous handicrafts.

GEOGRAPHY:
Nagaland, homeland for Nagas, is bordered by Assam, Arunachal Pradesh and Manipur in West, North and South respectively and international boundary of Myanmar (previously Burma) in East. The tribal state of Nagaland comprises of at least sixteen main tribes and many sub-tribes that follow Christianity as the main religion, Hinduism and Islam are amongst the minority religion. All the tribes are different in terms of their costume, traditions and language but the connection is visible through deep rooted common belief.

HISTORY:
The originally hunter, gatherer clan of Naga’s gradually witnessed a change in their society with advent of missionaries and colonial administration. The Naga handicraft industry is the mainstay of rural economy besides agriculture even today.

HANDLOOM INDUSTRY:
All the Naga tribes are particularly expressive in their indigenous craft with proficiency in basketry and bamboo crafts, wood carving, textile weaving, metal spears, bead, jewellery and pottery. Spinning of cotton, weaving on loin loom are the crafts that women have to be skilled at in every household. Women carry out the entire weaving process.

The cotton handloom industry of Nagaland is entirely dependent on old traditional back-strap loom. The Naga women proficiently use the loom to produce woven textiles. The back strap loom or loin loom is supposed to be one of the oldest methods used for weaving cloth. It is the simplest of all looms with no external devices attached. The continuous warp is stretched between the two parallel bamboos, one end tied to the wall or post and the other held by a strap at waist by the weaver. The tension is regulated through the waist. The warp is winded according to the intended design after that weaving is done. The loom is potable and small but requires strenuous work as it has to be rebuilt every time. The warp is created on the warping frame by vertical lease sticks that ensures the correct thread sequence. This frame is transferred to the weaver who creates the shed through bamboo pole, heald stick, lease stick, and wooden rods, each serving different functions. The width of the fabric derived is small and two pieces are joined together to make the complete garment. The motifs are derived from ritual, beliefs and tribal identity. Simple in shapes and designs, each tribe uses different colours and motifs that establish a distinct identity for them. The procurement of raw material is easy as cotton is grown in abundance by some tribes.

The craft industry of Nagaland has survived due to sustenance on self grown and well managed raw materials. The land is naturally abundant with resources that Naga’s have utilized for their own benefits and developed a niche in handicrafts industry as well.

The Patasi Sari of Lalitpur 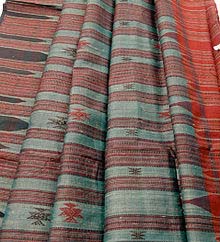 Habaspuri Saree and Fabrics of Odisha