The khukri is the national weapon of Nepal. Over the centuries, it has been wielded with great skill and bravery by the Gurkhas. Legend has it that the Gurkha never sheaths his kukhri without first drawing blood with it; and till today most Gurkhas still swear by this custom.

Besides the world renowned kukhri, the kora sword is a historic war weapon of the Gurkhas and has been in use for centuries.

KUKHRI
Worn on the waist along with its scabbard the kukhri has a short, heavy, forward-angled blade that widens towards the tip. The length of the blade is approximately 35 cm to 40 cm. Its weight varies along the length, being heavier towards the pointed tip. This feature adds to the effectiveness of the blow. Another feature adding to its lethal effectiveness is a semi-circular nick at the root end of the edge of the kukhri blade that is about 1.5 cm deep and has a sharp projecting tooth at the bottom. The hilt of the kukhri is straight and is normally without a guard. It is made of either metal or horn, though earlier it was often carved out of ivory too. It may be embellished by carved foliate embellishments in deep relief.

The kukhri sheath is often decorated with big chapes and lockets of gold and silver worked in filigree. An interesting feature is that of a smaller sheath that is attached to the back of the main sheath that houses the kukhri knife. This smaller sheath contains two smaller kukhri-shaped implements, a blunt sharpening steel, and a small skinning knife. The embellishment on the weapon or sheath of the sword is of high quality but designed in a manner that it never interferes with its functionality. The high quality of the ornamentation adds to the value of the kukhri.

The kukhri is not only a weapon but is also used as an implement for cutting through thick vegetation and jungles – till today it has retained its functional and utilitarian character.

Visitors to Nepal often take home a kukhri as a traditional memento.

Craft Location: Bhojpur in East Nepal is noted for its traditional iron ore extraction and purification methods and the craftsmen from this district are also famed for their crafting of the Kukhries. The artisans working with iron ore and charcoal forge the metal in their traditional furnaces. These Kukhries are called the Bhojpuri Kukhries and are considered the finest in workmanship and quality and far over shadow the Kukhries made anywhere else in Nepal.

KORA
Besides the world renowned kukhri, the kora sword is a historic war weapon of the Gurkhas and has been in use for centuries. Its blade is longer than that of the kukhri and measures about 60 cm in length. It comprises of a single edged blade that is narrow at the root end and curves sharply forward, widening to between 9 cm to 12 cm near its end. The weight of the sword lies at its broad tip – this adds great force to a blow. At the edge end of the sword is a slight double semi-circle, which greatly increases its ruthless effectiveness.

The hilt of the kora sword is simple and functional. It features a straight grip, with a circular plate of metal below it that serves as a guard. This is supplemented by another plate of the same size positioned above it as a pommel. Above the pommel is a domed cap enclosing the spiked tang.

The sheath of the kora sword is traditionally of two types. The first is a broad sheath into which the tip can be fitted; the second variety of sheath is shaped like the blade which has to be housed from the back of the sheath and then buttoned down.

Like the kukhri, the kora sword is never excessively ornamented – for the artisan its functionality is the predominant aspect. At the most, the kora sword has gilded rims to the guard and pommel plates, and lac-filled lotus symbols on its blade. The aesthetic appeal of the sword lies is in its simplicity and elegance of design. 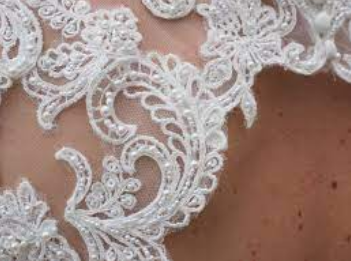 Lace and Crochet Embroidery of Kerala 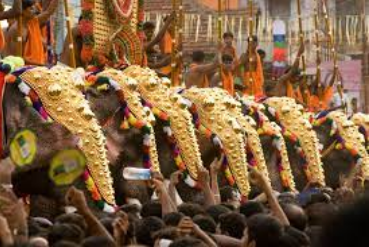