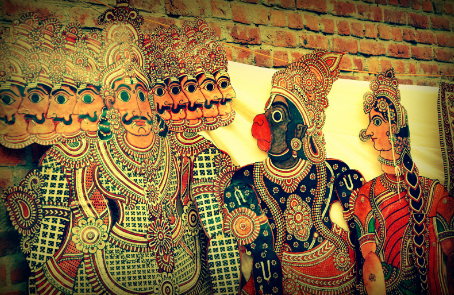 Tamil Nadu is known for its traditional shadow theatre. Tolu or thol means leather in Tamil, and bommalattam means puppet. The tolu bommalattam is a form of shadow theatre that is performed by various members of the same family in the state of Tamil Nadu. The troupe consists of three to nine members.

The families who perform shadow theatre are from the Mandikar community that migrated from Maharashtra in the 18th century during the reign of the Thanjavur Maratha. There was an increasing interest in this form of theatre in Tamil Nadu’s southern regions, and the leaders of Thiruvathavur patronised this craft. Although the Mandikar puppeteers have existed in Tamil Nadu for more than two centuries, they speak in Marathi while performing in Tamil. Voice intonations and tone signification continue to be important elements for these puppeteer-storytellers. April and May are the best months for performing since they directly follow harvest season. Common narratives depicted through tolu bommalattam include the Ramayana epic, the tale of Nallathangal, and the marriage of the god Murugan and the goddess Valli.

A screen is made from a 1-metre length of white cotton. Behind the frame, the main puppeteer sits with an assistant. A light bulb or a hurricane lamp illuminates the characters from one side and projects their shadows towards the audience. The puppet’s perforated leather helps the audience to identify the characters. Bamboo rods directly attached to the puppets hold each figure against the cloth.

Traditionally made from doe skin, since outlawing the hunting of doe in 1970, the figures are made out of goat or sheep skin. The puppeteer immerses the skin in a lime solution immediately after purchasing it, then dries it in the sun and cures it in a closed room for several weeks. They then use charcoal to outline the tracings and metal tools to create perforations in the hide. The coloration of the figures is unimportant since the skin appears dark and dense, preventing the spectators from seeing the tints. Making one batch (about 40-50 puppets) takes roughly 5 years.

During the performance, the puppeteer animates and talks for the characters. In the audience line, a female member of the family sits in front of the projector and plays the harmonium. She sings each of the puppeteer’s sung phrases and responds to all dramatic situations, jokes, and remarks. The rhythm for the singing is provided by a mridangam (two-skinned drum) player. Another member uses the pavra, a mouth organ, to make suitable sounds for demons and traitors.

In modern-day Tamil Nadu, it is believed that a Ramayana episode or the tale of Nallathangal performed by the tolu bommalattam would bring rain and ample crops, as well as shield humanity from evil spirits. Today, however, the puppet troupes are grappling with hardship as they are dominated by mainstream cinema and television. With the need for conventional entertainment diminishing, some puppeteers have resorted to performing dances. 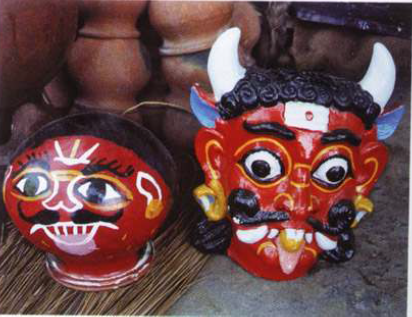 Clay and Terracotta of Pondicherry 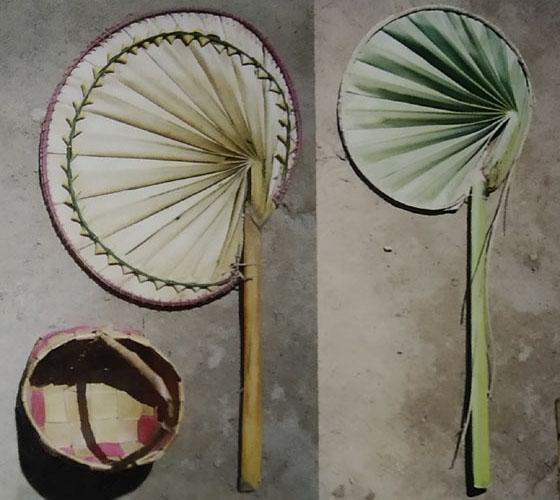