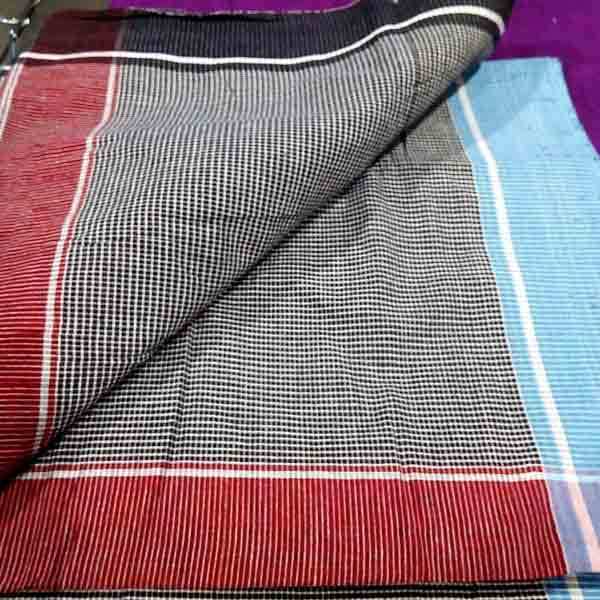 The Kunbi sari, once woven in Goa, is an important clothing icon for the state. Worn by the Kunbi tribe that settled on the ancient Konkan coast, the sari was lost to history due to caste implications and the lack of weaving in Goa. Dyed in red, blue or black, the sari is woven in checks with a double row of dobby design at the border and draped with a single ‘dentli’ knot at the shoulder. The red saris were used for celebrations and the blue/lilac sari was worn by young widows. In 2010, designer Wendell Rodricks revived the Kunbi sari in his minimalist style using natural dyes and weaving the sari in Goa with Poonam Pandit. After almost a century of the sari not woven in the state, the Kunbi sari revival was widely acclaimed at India Fashion Week among fashionistas and cotton sari lovers. Displayed is the original Kunbi sari and the Wendell Rodricks version of the sari.