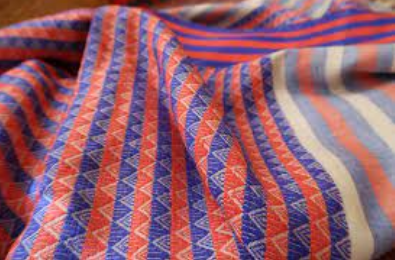 Meghalaya is the home of three ancient hill tribes — the khasis, garos, and jaintias. The hajong tribe is a relatively smaller tribe of the state. The women do weaving in their spare time and use back-strap or loin-looms, the only exception being the garos who also use frame-looms. The garos were probably a part of the Bodos who once occupied Assam and the Bodo influence can be seen in garo textiles. It could be this that is responsible for the use of the frame-loom among the weavers of this tribe.

The Khasi woman wears a dress called jainsem, which flows to the ankles. The upper part of the dress is a blouse. Over these, are tied both ends of a check cotton cloth on one shoulder. On formal occasions, a long piece of Assam muga silk called ‘ka jainsem dhara’ is worn, which hangs loose below the knees after being knotted or pinned at the shoulders. The jaintia maiden’s dress is largely similar to that of khasi women.

The garos also grow a variety of short staple cotton that is used to make the traditional fabric worn by the people of this region. The textiles of this region carry symmetrical designs and are often woven in different parts by different pairs of hands. The various parts are then sewn together to create a single sarong. The garo women wear a blouse, a raw cotton dakmanda, which resembles a lungi and the daksari which is wrapped like the mekhla, as worn by Assamese women. The garos also weave bedcovers, bedsheets, and table cloths.

Endi silk-weaving, famous for its texture and durability, is carried out by the local women. The production of jainsen with local mulberry silk has also been introduced recently. 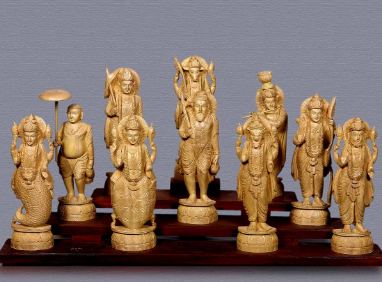