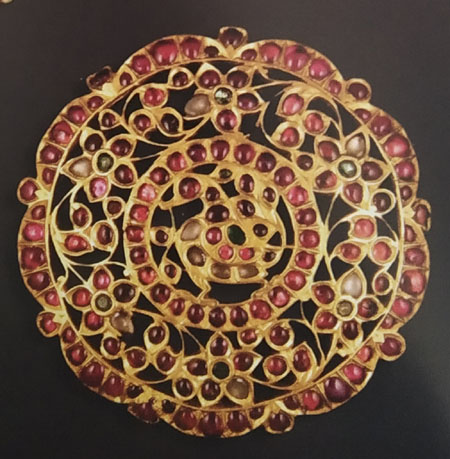 Vadaserry, a tiny village on the outskirts of Nagercoil, is dedicated to crafting temple jewellery. There are 58 units, with 224 traditional artisans, engaged in the manufacture of temple jewellery. The tradition goes back to at least as early as 14th Century AD. There is need to give a fillip to the traditional art which is a traditional profession for this group of craftsmen which is in danger of languishing. Even though a Geographical Indication tag had been given to this Kanyakumari temple jewellery craft. These traditional jewels are made of silver and 24 ct gold leaves (thin gold foil). The fabrication of the jewels is made of silver linings .The top visible layer has natural un-cut stones, while gold leaf is used to form the lining for the stones. This ensures that the jewels retain their sheen for years. The designs are based on traditional South Indian temple jewellery, which have adorned the deities in the temples. This traditional jewellery was also used by royalty, like the Rajas of Chettinad and Ramnad. This continues to be part of the jewellery used for classical dances like Bharatanatyam and Kuchipudi. The traditional temple jewellery is made only in Vadasery.

Temple jewellery is jewellery crafted to decorate the statues of gods and goddesses. It consists of heavy jewellery made of gold with precious stones to decorate the ornaments. The practice of adorning statues originated in South India, where local rulers gave their jewellery to temples to adorn the deities and to protect their jewels. The Chola, Pandya, and Krishnadeva Raya dynasties, who ruled South India from the 9th to the 16th centuries, had keen taste in jewellery, and set up workshops in temples with professional artisans to create jewellery specifically for the gods and goddesses. The Madurai temple in Tamil Nadu is well-known for possessing some extremely valuable jewellery, especially crowns encrusted with navratnas, or nine gems. These temples were said to be given ornamental offerings on the occasion of the Chitrai festival, and the jewellery can still be seen at various temples in the Thanjavur district. 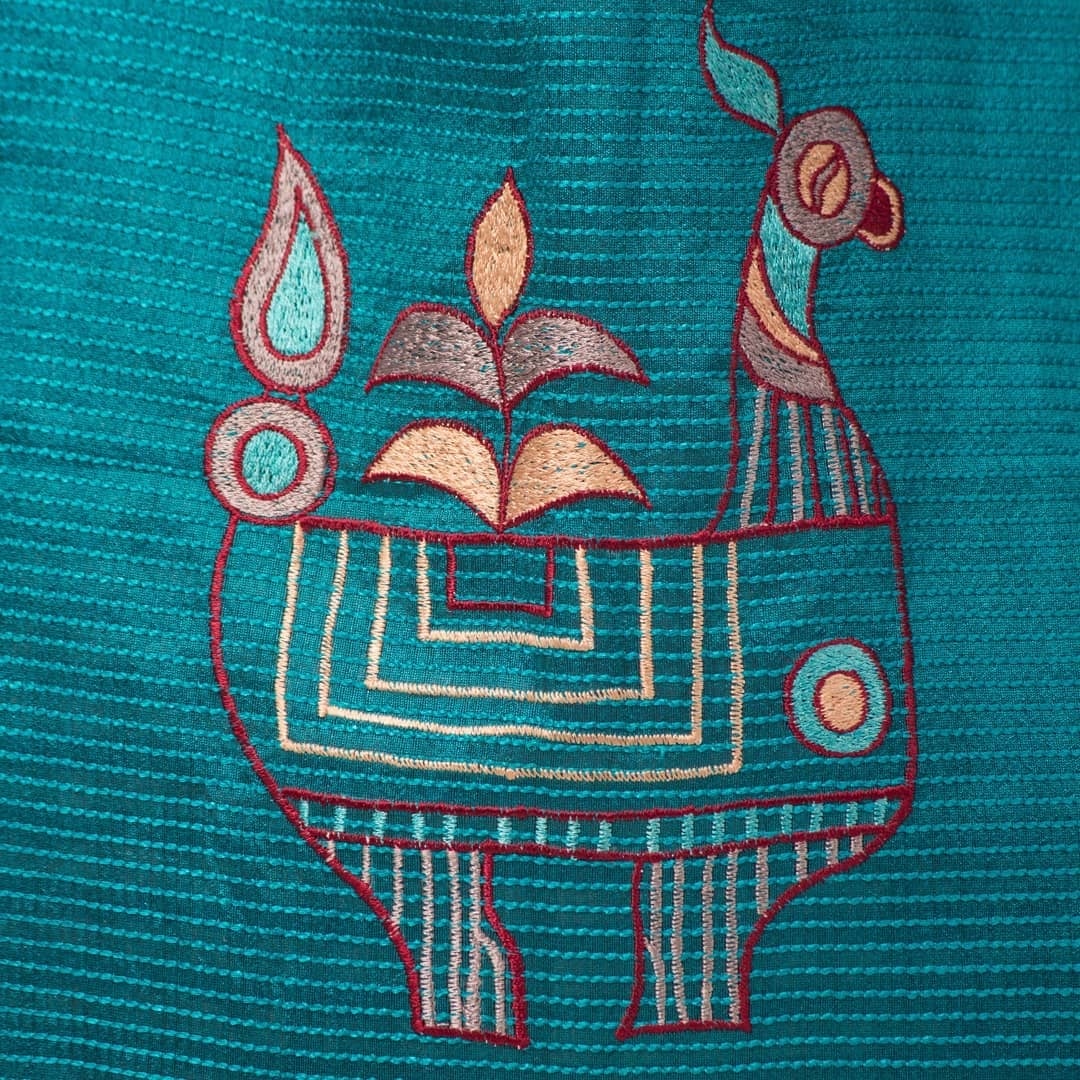