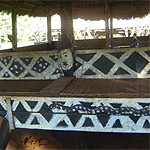 Shifting political dominance and boundaries within the South East Asian region have left multi-cultural imprints in a number of fields, including art and architecture. This immense diversity of art and architectural forms, corresponding to different periods of Lao history, and its influence can be seen, even today in the graceful Khmer temple complexes, elegant Buddhist wats (temples), heritage sites, colonial architecture and stilted rural dwellings.

Buddhist religious structure such as pagodas, wats, stupas dot the landscape. Their interiors are painted or carved with Buddha images and other religious symbols. The principal construction material for these structures, until about the 19th century, was wood. This made them vulnerable to both to the ravages of war, fire and the tropical climate. Many palaces and temples have been partially or wholly destroyed and the original construction lost. In some cases, much of it has been rebuilt, using modern techniques and materials rather than old traditional methods and styles.

However, from the earliest Hindu temples and shrines to the later magnificent Buddhist structures, temple architecture had a singular purpose – to teach, enlighten and inspire worshippers.

STYLES
From about the 7th to the 13th centuries the region was under the domination of the Angkorian kings who constructed a vast network of temple complexes. These temple complexes can be seen both in Champassak and Savannakhet Provinces. 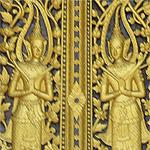 With the advent of Theravada Buddhism, the construction of Buddhist wats (temples) was undertaken in a big way. Each successive reign was marked by efforts at propagation of Buddhist doctrines and temple-building. The 16th century – the golden age of Buddhism- witnessed an extraordinary flowering of Buddhist art and architecture in Lan Xang.

During this period Buddhist temples became a focal point for all aspects of daily life. Their design and layout evolved into a series of buildings which included an ordination hall (sim), a manuscript library (ho tai), a bell tower (ho rakhang), a drum tower (ho kong), a stupa (that) and an area dedicated to the Buddhist sangha containing the monks’ living quarters (kuti).

Lao wats came to be characterised by high peaked multi-layered odd numbered roofs constructed to represent levels of Buddhist doctrines. The edges of the roof almost always feature a repeated flame like motif, called chaw faa or sky clusters. The distinctive bronze roof ornament with five spires symbolizes Mount Meru, the five-peaked home of the gods, the mythical centre of the Hindu-Buddhist cosmos.

The royal palaces were largely made of timber, richly decorated with coloured tiles, painted stucco and gilded wooden bas-reliefs and the temples were festooned with intricate images and scenes, inspired by the precepts of Theravada Buddhism, often carved or painted as murals on friezes and temple walls.

In 1695, following the death of King Suriyavongsa, Lan Xang disintegrated into the three separate kingdoms of Luang Prabang, Vientiane and Champassak and the Siamese influence in the region began to grow steadily. 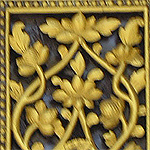 What one finds in Laos today is the old coexisting with the new, the rural with the urban, different materials and styles – all exhibiting a culture that is uniquely Lao. 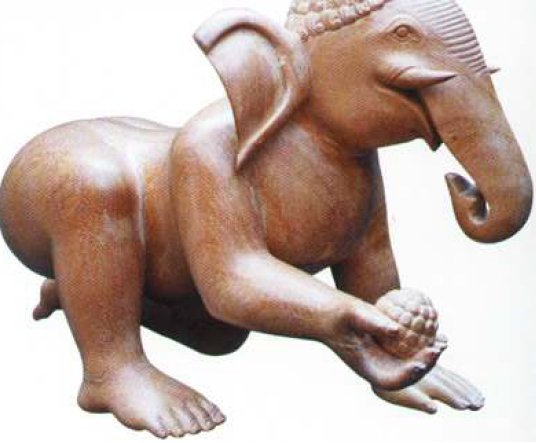