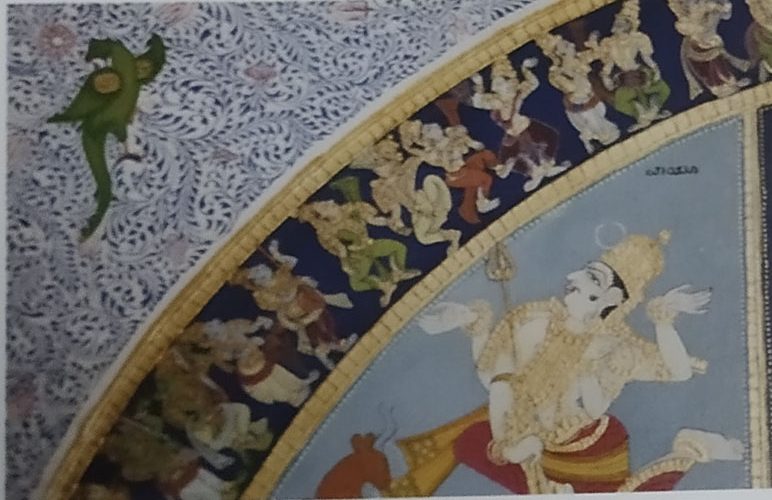 The painters of Surpur were traditionally from the Vijayanagara kingdom. They came to Surpur after the fall of the kingdom in the 17th century. Therefore, the style of painting is a branch of the Vijayanagara style. The gesso technique and the rendition of gold leaves with semi-precious stones are similar to the Mysore and Thanjavur or Tanjore painting style.

Mythology and Vedic themes like the ashtadikpalas or the guardians of eight directions are depicted. The paintings were made to honour the kings and noblemen, some having the actual photograph embellished in them.

The craftsmen show highly complex and detailed handiwork to create the paintings with brushes, aquiqor aqeeq/agate stone and seashells for mixing paints. Experimentation and innovation are encouraged among the artisans.

Presently, only a few traditional Surpur painters exist. Hence, efforts are being made to revive this style of art.