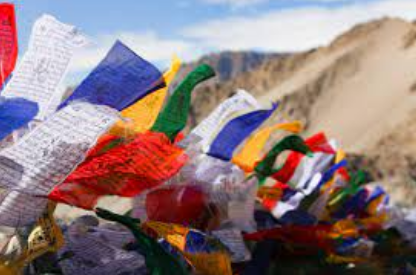 Lending colour to the surroundings of Ladakhi landscape are the multihued square or rectangular pieces of cloth known as prayer flags/tarchok. The symbolism attached to these prayer flags of spreading the message printed on them forms an intrinsic part of the local culture. Additionally, they also stand as symbols of good luck as it is believed that they aid in warding off evil and diseases. Yet another function fulfilled by them is of being the markers of gratefulness towards fulfilled wishes and beneficial incidents. The colours besides the flag itself holds a key significance in people’s lives.  The elementary colours of white, red, green, yellow and blue represent the five elements of earth i.e. earth, air, water, fire and ether. They also stand for the five senses i.e. sight, smell, touch, taste, hearing and the five wisdoms i.e. the wisdom of distinction and discernment, the wisdom of accomplishing works, the wisdom of the universal law, the wisdom of the mirror and the wisdom of equality.

Another three noteworthy hangings that can be found inside the monasteries are the galtszen, phen and chubar. The phen is in the form of a solid shape from which four or more narrow strips of silk panels are suspended. The galtszen on the other hand is tube-shaped with valences and plain panels attached alternatively. Similarly, chubar is also a tubular hanging with pockets attached to its panels for the purpose of storing sandalwood for fragrance. 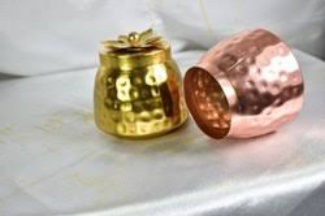