This craft developed due to the initiative shown by the Rural Development and Cottage Industries Department in training young people and providing them with employment opportunities. Many products were made with paper pulp using papier mache as moulds. Japanese specialists imparted training to the Sinhalese youth in doll-making at the cottage-craft level; doll-making is a developed family craft in Japan.

In the Japanese method, students were trained to acquire a high degree of competence in separate skills in batches: the finished product involved assembling heads, bodies, and limbs. Each individual received special training to acquire expertise in making different parts of the doll. Further training and expertise were provided by the Department of Small Industries and Laksala, the marketing wing of the department. Training was given using the presses and moulds originally given by the Japanese for face-moulding.

Two techniques are adopted in making dolls.
The first method involves the use of paper pulp and cloth. Waste paper is soaked in water for about three weeks until it is reduced to a fine pulp. A paste is prepared from this pulp to which whiting and wheat flour are added. A skeleton of wire is prepared which is covered with cloth in the shape of the required figure; a sufficiently thick coat of paste is applied, in order to build up the figure. For the face a separate mould is made using the same paste; this is then fixed to the body. The doll is dressed with the appropriate clothes. This method is originally from India and has been adopted by a few for doll-making in Sri Lanka.

The other technique is Japanese in origin. In this, the front and the back of the required figure are cut from a piece of cloth. The edges are stitched together to form a sack-shape, which is then filled with cotton waste. Two lengths of stiff wire are inserted into the stuffing to make the form stiff and to allow it to stand upright. The face is sourced from the face-making unit of the Sri Lanka Handicrafts Board and is then fixed to the body. The figure is dressed in appropriate garments, the cloth for which is obtained from the open market. The costume in which the figure is dressed determines the type of doll that has been made. Some of the commonly made dolls are traditionally Sinhalese: the nilame or Kandyan aristocrat and the manike or Kandyan lady are common. The Kandyan dancer, the Low Country bride, the tea-plucker, and the devil dancer are also made. Sometimes, figures like those of dancers and elephants are made in two separate parts: the top part is fixed on a balancing device which allows for the free movement of the doll.

CONCLUSION
Sri Lanka Handicrafts Board is in charge of the management of Laksala, which runs a lot of pulp-centres some of which make Japanese style cloth dolls with moulded faces presenting typical urban and village characteristics of Sri Lanka. Other products include animals, birds like cranes, Kandyan dancing figures, as also Low-country or southern mask dancer-figures. These figures are made in such a way as to suggest the movements appropriate to dancing. There is a lot of market-potential in the crafts of doll-making and pulpware. Some of the aspects that could be looked into are to increase production, diversify products, and improve the quality. 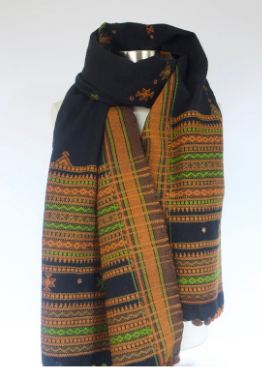 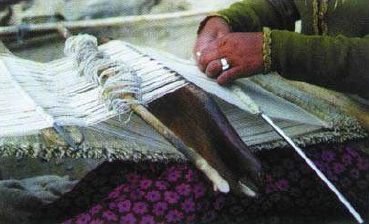