Durries – made from cotton warp and jute, coir, wool, and occasionally, unrefined silk weft – are flat and pile-less floor coverings common in Indian homes. They are also used on the Indian newar charpoy/ traditional bamboo frame bed. Different parts of the country have localized durrie traditions; the particular combination of weaving technique, weft material, pattern stylisation, and motifs and colours used in different areas creates several interesting kinds ofdurries. The Panja durries are one among a multitude of styles; they are defined essentially by the use of the panja in weaving them, and known for fairly bold colors and patterns. The dhurries are made on simple horizontal looms in a weft-faced plain weave which gives it a sturdy, flat appearance. The multiple forms and colors of the patterns are created through the use of independent wefts, beaten into place with a panja, metal beater

The weaving of durries in the Punjab is linked with the tradition of a household craft (like phulkari weaving) for personal use in the home, to be given as gifts, and as part of wedding trousseaus. Dhurries were also woven for the gurudwara/Sikh temples by  groups of women. The Bridal dhurries drew on a large repertoire of indigenous motifs that continue to be based on the local flora and fauna.

Now Panja durrie weaving is rarely practiced at home, transformed after the Partition of India immigrant weavers from Sailkot, Pakistan, arrived at Nakodar,  Noor Mahal and the villages around it to settle down and start work for sale and export. In Nakodar two types of cotton dhurries are woven-bed dhurries are woven on a pit loom in multi colored stripes, and the floor dhurries, woven mostly in two contrasting colors on an adda, floor loom. Dhurrie patterns tend to be either geometrical or figurative. While the latter may employ a number of colours, the geometrical patterns are usually executed in two contrasting colours.

The motifs used in both, however, derive from the folk vocabulary of birds, beasts, plants and the embroidered phulkari textiles. Several important centres  of durrie making in pre-Independence Punjab are now in Pakistan; however, in present-day Punjab, the areas around Moga,  Batal,  Ludhiana, Hoshiarpur, Faridkot and Bhatinda are also fairly prolific and well-known.  In Jalandhar District the areas of Nakodar, Mehtpur, Aulka, Bathanmehma, Ungi, Chak Bendal,   Noor Mahal, and Sidma; in Ropar District the villages and towns of Losari, Jhandia Khurd, and Anandpur Sahib and  Tarn Taran in Amritsar District

The volume of production has changed substantially, and though women are still involved in weaving these durries, the production for sale and export is usually organised by men, with craftsmen hiring and training weavers in workshops. Indeed, Panja durrie-making, like several other crafts that began as household or folk crafts has become a profession and livelihood for many

As for the history of the craft in India, theories vary, with some interpretations indicating an indigenous origin for durrie weaving and use in India and dating it to the early centuries A.D. Others stress a Persian origin – the word durrie being read as a form of doru, a floor covering in Persian. According to the historical opinion of George Watt and Percy Brown, it seems as if durries made of cotton warp and weft had an indigenous origin; however new techniques, materials and designs are believed to have been introduced into the indigenous durrie-making tradition with the coming of Turkish and Mughal influences into India. 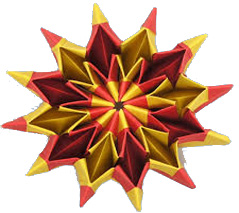