Of the painted variety of pottery, the most popular are colourful containers called shokher hari, used for weddings and other festive occasions. Decorated with birds, fish or floral motifs drawn in bold sweeping lines, these pitchers are painted in brilliant hues of red, blue, green and yellow. They have a symbolic significance for Hindus and are also known as mangal ghat.

The ritual sara, the painted convex earthenware plate is unique. Normally used to cover wide mouthed pottery vessels, the village artisan uses this simple article as an inexpensive alternative to the larger images which are worshiped during Hindu festivals and later immersed in the rivers. The circular convex shape lends itself beautifully to an illusion of wider dimension. The convex shape of plate is said to represent the delta of Bangladesh which rose from the waters, with the rimmed edge signifying the embankment. Sectionalised to incorporate the ancillary subjects drawn from related myths, the principal god or goddess occupies the central panel. The figures are drawn in bold clear lines reminiscent of the drawings of pat paintings and coloured in the same vivid shades as the shokher hari. Often referred to as Lakshmi sara, these charming plates may depict Lakshmi, the goddess of fortune, standing on a mayurpankhi (peacock shaped) vessel on the Lotus Lake, or on the sacred owl. Images of Durga and her lion, destroying the buffalo demon, or Radha and Krishna, are also depicted on these ritual pot covers.

In painted pottery, the red colour used is red lead, yellow is arsenic, green is a mixture of yellow arsenic and indigo, black is produced with lamp black made from charred rice seeds. These colours are mixed with a mucilage prepared from tamarind seeds or the gum of the bael (aegle marmelos) before application. 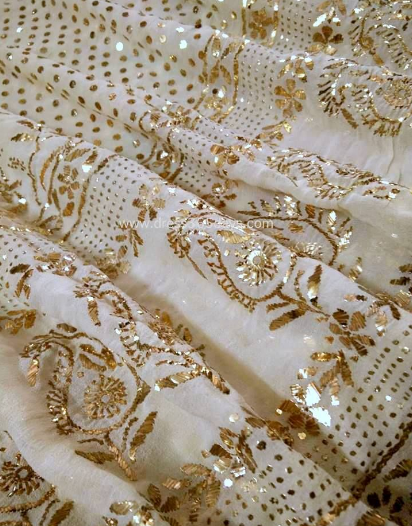