The marble tomb of Shaikh Salim Chisti in Fatehpur Sikri was built in 1572 by Emperor Akbar. It is the precursor to an age known as the ‘Reign of Marble’ for, with the accession of Emperor Jahangir, sand stone gave way to marble, the crafting of which peaked during the reign of Emperor Shah Jahan with the building of the Taj Mahal in Agra.
Marble was used not only in building but also in other ways. Craftspersons used it in mosaic patterns combined with red sand stone and other colours of marble and embedded it in cement. They used marble to make intricate jaalis (perforate relief) that filtered light and they used it most exquisitely for inlay work or pietra dura. Here precious and semi-precious stones, jasper, cornelian, topaz, mother of pearl, turquoise, lapis lazuli, coral, jade, agate, and porphyry were shaped and set in shallow chases carved in the marble. The most frequently used decorative motif was the arabesque, the ornamentation being in a stylised floral form with geometric interlocking.
Since the time of Shah Jahan, Agra in Uttar Pradesh has remained a thriving centre for marble work, including inlay. The marble is obtained from Makrana and the semi-precious stones come from all over the world. The artisans of today fashion vases, coasters, table tops, boxes, plates, and trays, models of the Taj Mahal, lamp bases, flooring, fountains, chairs, water basins, chess sets, and hookah stands.
The process followed in pietra dura is complex. Here the semi-precious stones are first sliced finely with a bow of tensed steel wire — the process in slow as it can take up to an hour to cut through an inch of stone. The stone is then washed and cut into smaller pieces to facilitate the intricate and minute shaping required. The shaping of the stone is done against a rotating disc. The artisan works the disc with his right hand and holds the stone in his left hand. When each minutely shaped piece is ready it is placed in its designated position on the marble surface. The outline of the pattern is then defined with a sharply pointed instrument. The stone is then pressed into place and fixed with a burning charcoal. If the whole process has been executed finely there should be no line of cement visible between the inlaid stone and the marble. The final polishing is done with zinc power. 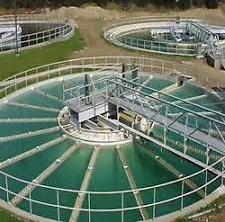