Jewellery, gold-and silver objects are made by a special class of craftsmen. They make objects like swords, boxes, teapots in silver that are often covered with a fine layer of gold, and they make jewellery in both silver and gold. Traditional hand-beaten methods are used in the production of jewellery and other objects. The metal is backed with lac, and the pattern hammered out with blunt chisels after the manner of old alto-relievo work. Objects are embossed or engraved with good luck symbols like the dragon and relief carvings with the most beautiful designs. Silver work can be found on temple pillars, altar tables, jewellery and other silver objects like boxes.

Brooches or (Koma) are used by Bhutanese women to fasten their dress at the shoulders. The two broaches are held together by a Chain called Jabtha. Bracelets or Bangles called Dopchu were worn by Bhutanese women in the old days- lighter versions are used by the women today. Earrings or Sinchu are usually made of silver and gold and decorated with a turquoise.

The favourite Bhutanese stones are coral and agate etched with white lines, called dzi. Dzi or eye stones feature circular patterns. Prices vary according the number of eyes, colour and size. Beads with an odd number of eyes are especially auspicious. Many stories surround the dzi – some believe that dzi happened supernaturally; others believe that the Gods discarded the dzi when they became blemished; another story says that insects who died became fossilized. Many believe that if you drop a dzi it will vanish instantly and you will never find it again. However, it is popularly accepted that the dzi are agates were etched by man centuries ago, but the technique is said to have been lost. Believed to have the magical properties to protect the wearer from disaster and evil spirits. Dzi are only found in the Himalayas and it is believed were made locally. The necklaces of zi and enormous coral beads which women wear on festival days are family heirlooms and not for sale. The necklaces invariably contain 2 dorje (thunderbolt sceptre) symbols made of gold studded with turquoise.

The sword is worn attached to a thick felt belt ornamented with silver buckles. Previously worn as a symbol of nobility and prestige, today only officials who are knighted as Dasho (Senior Officers) by the King are allowed to wear them. Swords were manufactured in the west, south and east of the country (Punakha, Dungsamkha and Khaling).

Ceremonial Swords scabbard made of leather, is decorated in silver at various points and finished with gold leaf. The blade forged in eastern bhutan is often engraved and embellished with fine decorative designs. IT has a beautifully decorated hilt of woven steel wire with pommels of silver and gold.

Worn daily by people with honorific titles in the Civil Services.

Men’s ceremonial belt (Kochab)
Traditionally made of thick felt, the belt is ornamented by six fine buckles made of silver with gold overlay, is used to fasten the inner belt and the sword worn by senior officials and noblemen. These belts are found in various designs and sizes depending on their users.

Rectangular Betal Leaf and Areca Nut Boxes (Chaka)
These rectangular boxes personal items used by both men and women to put betel leaves and areca nuts. Handicrafted on silver with gold finish, they are elaborately decorated with the eight auspicious signs, lotus, dragon and other designs.

Round Betal Leaf and Areca Nut Box (Bathra)
Handmade from silver with gold finish and decorated with the eight auspicious signs, this large round box was used solely by nobility and high clergy for traditional offerings of betel leaves and areca nuts during special occasions and ceremonies.

Lime Container (Trimi)
This personal round container is traditionally used for storing lime and is always carried along with another boxful of betel leaves and areca nuts. It is hand-crafted from silver with a gold finish and dragon designs.

Women’s Brooches (Koma)
These brooches are used by Bhutanese women to fasten their dress at the shoulders.

Chain (Jabtha)
The jabtha is chain used by Bhutanese women to hold together the two shoulder brooches (koma) and makes an attractive necklace like ornament.

Fibulas (Thinkhab)
Fibulas (thinkhab), made of silver, were used in former times to fasten a woman’s dress at the shoulders but it could also be used as a weapon, if the need arose. Today they are no more in use and have been replaced by ornamented silver brooches (Koma) with different designs. 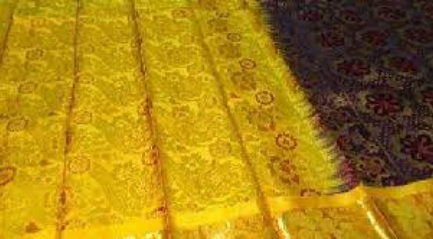 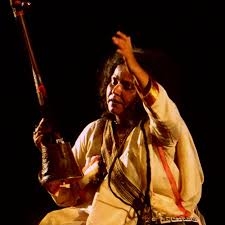