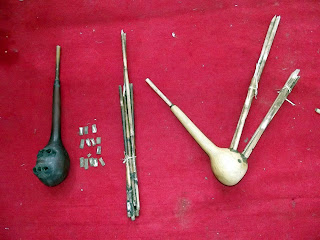 The tribal people in the hills use a wide range of wind musical instruments made of bamboo. Almost all the tribal groups use a musical instrument made of four to five bamboo tubes of uneven sizes that are joined together, the smaller tubes partly inserted into the bigger tubes. The instrument is played like a  bugle, with the mouth.

Ubo is a chordophonic instrument of the Kacha Naga group. Ubo is manipulated with both the hands. The resonating chamber is formed by a half-cut gourd with a hole, and covered with pig’s bladder or goat-skin, stretched over with bamboo pins. The bridge is of a piece of wood or just a piece of a raw bark. The single string comprises a sago palm fiber or of a metal, fastened at one end to  a spike and on the other end, tightened by a peg twisted accordingly on the neck-hole.

Pena is a chord phonic fiddle. It is a bowing  instrument without frets consists of a bamboo neck inserted into a half cut coconut  resonating sound  box. Horse tail  is used as Instrumental string and as bow string or Cheijing. Small bells are tied to the end of the bow in order to create an ensemble of jingling rhythms. Bow handle is made of wood. The top end of pena beautifully decorated with embroidered cloth and tassels. 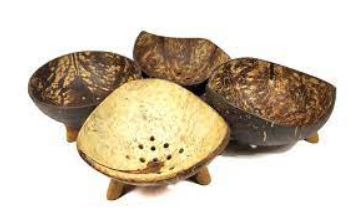