One of Bangladesh’s finest range of products today is made of jute, the country’s major natural fibre. Jute has been a thriving industry since the nineteenth century though it has faced many ups and downs in its long history, with a declining trend in the past resulting from lack of investment and product diversification. However its robust strength, its many advantages including its ecological strengths have brought it back into popular national and international use. In the world of fashion and design jute is a popular item for upholstery and other household items.

As the major cash crop of Bangladesh it contributes around 60% of the country’s export earnings and makes it the largest jute growing country in the world. The initiative for large scale production of jute is credited to Sir William Boxbey, the curator of Calcutta and Madras botanical gardens who raised jute seeds and distributed them to the jute cultivators on a commercial basis; one of the earliest reports of its export to the Northern Hemisphere is recorded in the 1790s. Some of the early jute products of the period are listed in G Watts’ A Dictionary of the Economic Products of India Vol.II, 1889, as a cloth of different qualities, substitutes of silk, curtains, carpets, gunny bags and cordage. The waste cuttings were also used for making paper. He states that jute twine was prepared on a reel with a takua or ghurghura rather like cotton spinning.

In the skilled hands of women, an intricate tracery of braided design emerge from the long silken skeins of jute, to create bags, table mats, wall hangings, floor mats and numerous other articles. Finely woven braids or plain golden strands are knotted or coiled to produce a wealth of motifs, which are deftly linked together to create new patterns. Solid squares, circles and hexagons are used as frequently as the traditional motifs of fruits and flowers to create products of charm and utility. Like most crafts the jute products of today have their origin in the utility and articles of rural Bangladesh. Bangladesh’s jute industry is in a position of strength to participate in development. Especially with the recent innovations and investments in this industry it has become possible to produce specialised jute products for international markets.

An experimental fusion of jute with silk or cotton has produced a diversity of fabrics and colours that are both innovative and unusual. Textural advances and production techniques have combined to create new potentials for what was once thought of as a dying industry. Embellished with embroidery, household goods such as cushion covers, drapes and upholstery are being experimented with.

The intrinsic versatility of jute is largely responsible for its demand at home and abroad. Historically jute remains an integral part of life in rural Bangladesh. Its leaves provide food and fertiliser; the jute sticks are a major source of fuel, house building and fencing material. Apart from its commercial value, the fibre is used for a variety of household articles. The most common of these is the shika, a versatile storage receptacle hung from the ceiling or roof in the restricted space of a rural home. The silken fibre is woven into a variety of shapes and sizes for multi-purpose storage. The small ones are used for bottles, jars and pots of food like oil, molasses or muri (puffed rice); the large gaiyanchas or machang shikas are hung from rafters to store quilts during the long summer months. Dolnas (hammocks) decorated with floral trimmings are used as cradles for infants.

The development of the shika into a wide range of jute crafts began around 1968, when a survey was conducted in the surrounding villages of Dhaka. Its objective was to identify alternative sources of income for rural women, based on existing skills and occupations. Exploratory discussions with the women indicated that jute products provided the most promising options. Small groups of women started producing shikas for the local weekly haat (market) and gradually, for the Dhaka market. Traditional design like sata dali (many tiered) korani (grater), Jhumka (earrings), beri phool and kadam phooli (flower), pata (leaves), jali (net) notkol and anarashi (fruits), mayur buti (peacock motif) and turiya (grain) caught the imagination of the early buyers and have retained much of their international appeal. Beautifully woven into beni (braid), dori (twine) the glossy fibre created a variety of shikas, reflecting the genius and flair of the women.

In recent years, the traditional shika, used to hang cooking pots and receptacles and to store quilts, (during the long summer months) has been transformed into a remarkable variety of plant holders and other decorative items. Old designs of dalim, notkal, jhumka and pata vie with an ever increasing repertoire of new patterns which are often name after their village of origin or the woman whose imagination and flair is invested in the beautiful object.

The best quality of jute for crafts is the white bogi paat or the sturdy deshi tosha grown mainly in the Districts of Dhaka, Mymensingh and Tangail, making them the largest centres of jute crafts.

In 1969 the first jute craft, the Korani shika was exported to Japan. This was followed by the development of the first non-traditional products, the makra (spider) bag, which the women created using typical braiding techniques.

The economic crisis in 1972 following the War of Independence led to the need for large scale organised development of crafts to provide an alternative source of income. Thousands of women began got involved, absorbing fresh ideas and developing a wide range of craft objects. New techniques like macramé allowed a wider range of product development. Fine braids and golden strands are knotted and coiled to create a wealth of motifs and patterns. Solid squares, circles and hexagons are linked deftly to produce articles of charm and utility. In the skilled hands of the women an intricate tracery of designs emerged from the silken skeins of jute to produce plant holders, bags, table mats, wall hangings, floor coverings hammocks and other craft objects which have swept the markets within the country and abroad. The new range of products have derived their names from the women who have produced it or the village in which it has been produced. Thus a new plant holder is called Shanti and the new bag is named after Satkhira.

Jute fibre is also woven on back-straps or pit-looms to make shopping bag (Domar bags) and Satranji (floor covering). Striped yardage is woven on the waist-loom to be sewn up as bags, while a variety of colors and designs are used to produce satranjis on pit-looms. Although stripes have been the traditional favorite, circles and squares have been introduced in response to market demand.
Whereas more than 200,000 women worked with jute crafts in the peak years of 1978-79, today the much diminished international market demand has forced many of them to move away from this field. A great deal of effort is being invested by non-profit organisations in Bangladesh and abroad, to develop a network of alternative marketing opportunities to sustain the women who still depend on it as a major source of income for the entire family. 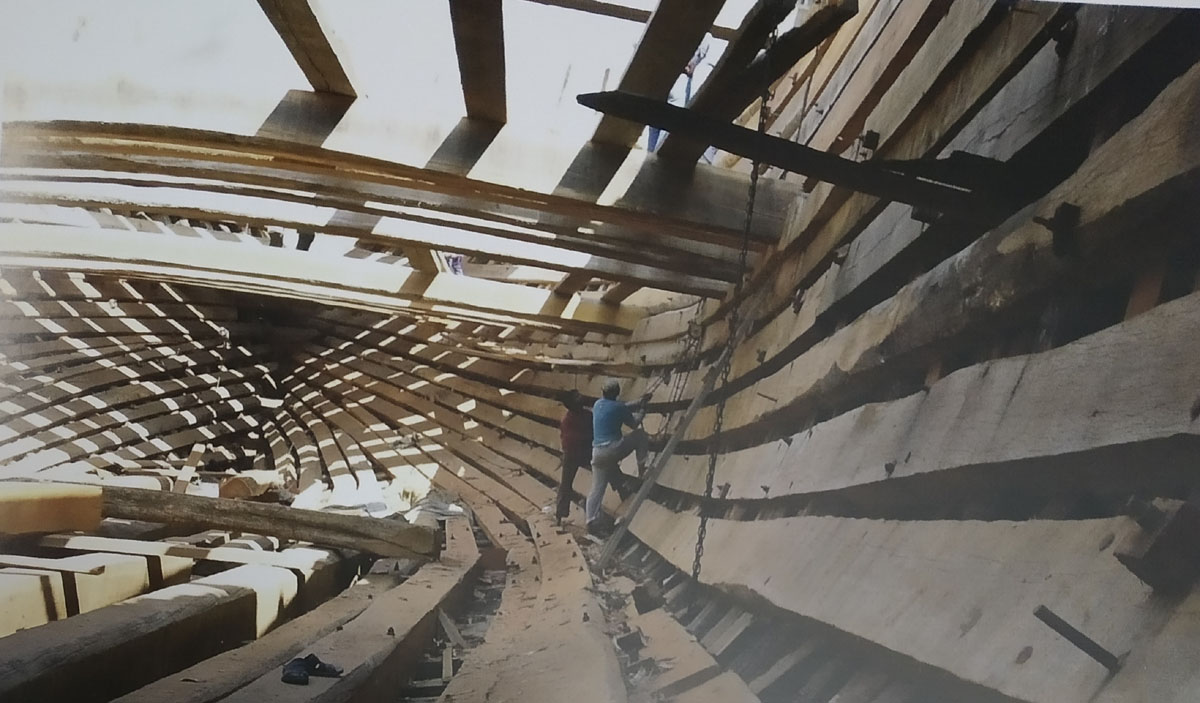 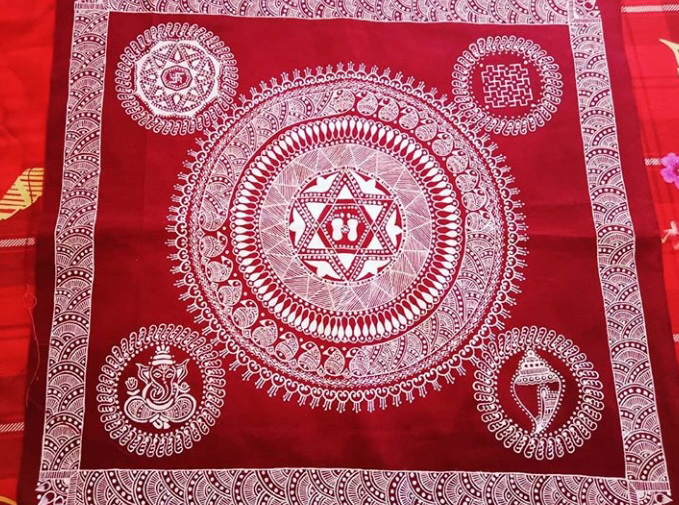