Jewellery and Jewelled Objects of Bangladesh

Superb craftsmanship, elegant aesthetics and a wide variety are the hallmark of the jewellery of Bangladesh attracting connoisseurs both at home and abroad. Ornaments of gold, silver and other material have been an integral part of the history of this region with excavations at Mahasthan, Mainamati and Paharpur revealing an extensive collection of jewellery confirming an ancient standard level of excellence. Over the ages custom in Bangladesh has dictated that special ornaments are worn on different parts of the body. The significance of jewellery was not only as an adornment but also most critically as an investment against contingencies.

In Bangladesh the jewellers and goldsmiths are known as Sunar / Shekra. Normally a hereditary profession the artisans use age-old tools and equipment to create not only traditional designs but also innovative ones that suit changing tastes and aesthetics. As each piece of jewellery is produced individually, with care and precision the workshop usually is limited to a small group of assistants and trainees which revolve round one or two master craftsmen.

Jewellery and ornaments are manufactured in over 157 craft clusters in Bangladesh.

REPOUSSE
The repousse work uses thin sheets of metal which make the pieces light and economical. The crafting of the jewellery however requires a deft and highly skilled hand as motifs of flowers, creepers, ferns and geometric designs are created by raising the flat sheets into these varied shapes with the help of pen-like instruments which have rounded points. Facets are also produced by cutting and chipping these raised portions so as to catch the light which create a prism effect. The popular thick, round, hollow bangles made with this method are very popular, as are necklaces and earrings.

MEENAKARI/ENAMELLING
The meenakari / enamel work of Begumganj, Noakhali and Dhaka are popular in Bangladesh. Enamelled products are seeing a revival and products with delicate designs and colours are being combined with stone setting to create an exquisite effect. In the art of enamelling even the back of necklaces, bracelets and earrings were enamelled with beautiful birds, flowers and trees especially in kundan jewellery where large precious stones were set in thin sheets of gold and the pieces enamelled at the back.

Bangladesh has been renowned over the ages for its silver and gold filigree work. As jewellery, or in the form of decorative articles, Dhaka was an established and famed centre of filigree workmanship with a superior form of filigree known as manila produced in the seventeenth century. As filigree work of gold and silver wires became very popular the jewellers of Dhaka became renowned for their skill and their reputation for making pieces that gave an illusion of delicacy and fragility, in spite of being quite heavy, because of the lacy patterns of the filigree works spread all over.

PROCESS AND TECHNIQUE
Filigree requires a very delicate working with twisted gold or silver as the base. Wires are drawn from these two precious metals and pressed into different forms and shapes. In the pre-machine days the silver or gold ingots were beaten on an anvil and lengthened into long wires, which were then twisted and flattened. Today the jewellers use various tools and machines. The gold or silver instead of being beaten on the anvil is now passed through a roller and pulled hard with the help of pliers again and again, until it turns into a very thin piece which is then passed repeatedly through a jantri, which has holes of different dimensions, and pulled hard until the piece turns into a long thread-like wire. This wire is then turned and twisted into various loops and shapes. These lacy trellis-like shapes are then attached either to one another with interlocking tendrils or soldered to other surfaces which forms the base to hold these airy and delicate motifs.

Small articles are moulded directly into the different designs without losing any part of their delicacy. Many petalled flowers, rosettes, leaves, ferns, creepers, butterflies, small faceted hemispheres and gold discs are among the many motifs interlinked with web-like gold and silver wires. Exquisite necklaces, bracelets, earrings and hairpins are wrought in a profusion of patterns. Other filigree articles of popularity are the silver containers – the gulabpash (for rosewater), attardan (for perfume), pandan (for betel nut) and toilet boxes of a variety of shapes and sizes.

Apart from filigree, Dhaka is well-known as the centre of gold jewelers. Jhumkas and karnaphool (earrings), kangans (bangles), and baslis (necklaces) of all types are made with a minimum amount of gold, making them light yet ornate. Pink pearls, exclusive to Bangladesh, are used extensively in gold settings.

It is silver (rupa/chandi) which has been valued from the earliest time for its adaptability, lustre and moon-like brilliance. Silver vessels for eating, drinking and for use on ceremonial and festive occasions have always been very popular among the wealthy. At present due to the enormous hike in prices of gold, silver has become a preferred medium for jewellery. Gold-smiths work with both gold and silver in the same workshop. The light and charming designs of silver ornaments combine traditional styles with modern ideas. Silver has always been valued not for jewellery but also for products used on ceremonial and festive occasions. Of these, the Atardan and Gulab-pash (containers of essence and rose water) made by Dhaka jewellers in the filigree method, have continued to be proud possessions of various households.

The tribal people of Bangladesh, the Chakmas, Murong, Mro, Garo, Hajong Khasia, who live in the eastern and north-eastern borders, have been using large amount of silver ornaments since early times. Though the design of these Hansuli, Mal, Kartha etc. are almost similar to those used in the other parts of the country, yet they often are very heavy and use much more metal than elsewhere. The use of gold ornaments is a rarity amongst them.

The natural pink pearls with their delicate pink sheen are a speciality of Bangladesh – in fact it is claimed that this variety cannot be found anywhere else in the world. Though not available in large sizes, their sheen and colour lend them an unusual beauty which is enhanced by the quality of setting and design. Collected by the nomadic Bede tribe, these sweet water seed pearls are found within their small shells in the Haors and Beels swampy areas of Mymensing and Comilla. The tribals, well known snake catchers, often pick the immature shells before the pearls have reached full maturity, thus fetching a much lower price. 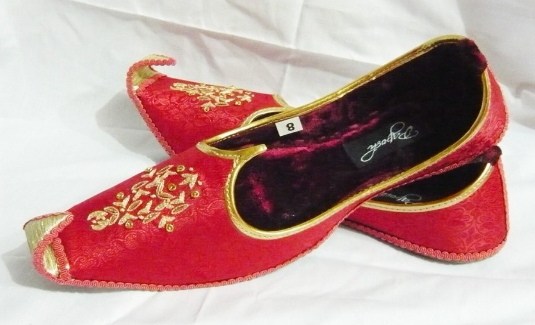