Ivory has always been a scarce commodity – not more than one in a hundred Sri Lankan male elephants have tusks. However, now that the elephant is a protected animal at Sri Lanka it is almost impossible for the artisans to legitimately obtain ivory to pursue their craft. Ivory-carvers are using other materials like horn and bone as a base for their craft: it is difficult, however, to replicate the high density of texture and delicacy of tint that ivory possesses in bone, horn, and other materials used instead of ivory.

Ivory is, and has always been, a rare and costly material. The Chadanta Jataka, a part of Sri Lankan folk-lore records a tale of the suffering and subsequent death of a great elephant that was robbed of its tusks; this was considered to be a great sin. Therefore, in traditional Sri Lanka, no elephant was supposed to be killed for the ivory.

The craft is found dominantly in the village of Kekirawa in Anuradhapura district; in Galle district in the south of the island-country, ivory cutting is found in the village of Galwadugoda. It is commonly practised by the artisans who have descended from families that have nurtured the craft for generations and preserved its heritage.

HISTORY & TRADITIONS: A PRESTIGIOUS MEDIUM
Often, ivory is not used by the Hindus for making images of gods and goddesses as the belief is that animal products are not to be used for religious or auspicious purposes. The Buddhists who are found in a majority in Sri Lanka do not share this belief: exquisite and intricate ivory-carving is found very widely in Sri Lanka. Large tusks are highly valued and form part of the treasures of viharas or mansions and devales or temples. The image of a pair of tusks placed on either side of the doorways of temples is an evocative one in the annals of Sri Lankan history.

Visual and written documentation indicates that, traditionally, ivory work was patronised by royalty and the wealthy. Given the scarcity of the material and the degree of skill required to work with it, it is not surprising that ivory acquired the character of a prestigious medium. The ivory-carver occupied an important position in the mediaeval society of Sri Lanka and has the status of a mastercraftsman in one of four guilds or royal workshops to which the best goldsmiths, silversmiths, painters, and ivory-carvers of the land were attached. These artisans, who ‘worked only for the king’, secured this prestigious position by displaying extraordinary skill and versatility.

1. THE TRADITIONAL PRODUCT RANGE
The product range, even traditionally, included an amalgam of utilitarian and artistic, from intricately carved tooth-picks to magnificently carved caskets. Semi-historical records refer to the use of ivory for decorating shrines, buildings, and parks. Exquisitely carved plaques and panels are also found in ancient monuments, highlighting the value of ivory-carving as a means of ornamentation that was not merely beautiful but also enduring. Places of worship or of religious significance offer beautiful examples of ivory figures as well as intricate ornamentation in ivory. Ivory figures of devas or guardians of the threshold are found at the base of the door-jamb of viharas and devales. Sometimes figures of dancing-girls are also found, as are animal carvings. The figures are usually depicted with elaborate head-dress, robes and jewellery. Though the treatment is fairly stiff and conventional, yet the figures have dignity and beauty. The right hand receives special attention as do the borders framing the figure(s), which have very detailed and elaborate motifs and designs. Prolific amounts of elaborate ivory carvings can be found on the inner sanctuary doors of temples.

2. A HISTORICAL TREASURE TROVE?
The Museums of Colombo and Kandy have large collections of ivory objects belonging to the mediaeval Kandyan period. Among the items on display are small panels which are used to decorate doorways, palanquin railings, large and small boxes, relic caskets, statuettes, fan handles, manuscript covers, combs, bracelets, necklaces, hairpins, knife-handles, styluses, toy-drums and flutes which show off the detailed carving skills of the artisans.

The Colombo Museum also has ivory statuettes of Buddha which appear to have been painted. The figures in ivory are mainly standing and nor seated or reclining. The authoritative treatise Mahavamsa speaks of a park made at Polonnaruva by the King Parakrama Bahu, which was said to be railed ‘with pillars decorated with rows of images made of ivory’ including ivory-railed palanquins. The king is also said to have built a pavilion wrought with ivory in his ‘Island Park’.

A magnificent ivory casket found in the Schatzkammer (Treasure Chamber) of the Residenz Museum in Munich and sent as a tribute from Don Juan Dharmapala, Crown Prince of Sri Lanka, in 1540 AD to the Portuguese king to strengthen the links between Sri Lanka and Portugal deserves special mention. This casket has several panels of bold carving, encrusted with gold and coloured gems.

Ivory-Turning
Articles made with the lathe include fan handles, handles of knives, implements and tools, boxes, book-buttons, and scent-sprays. They are usually decorated with coloured lac, which is used to fill in the incisions. The dots are made with a pointed tool and the circles are made with compass-like tools having two points, one being stationary and the other describing a circle around that point. Typical turned ivory boxes are used for jewellery and sometimes for medicine.

Ivory-Carving
The tools used by the ivory carver include saws, engravers and chisels. The techniques of carving and ornamentation are based on traditions passed down through generations in families. A very difficult craft to learn, ivory carving usually requires rigorous training under a mastercraftsman.

The principles of ivory-carving share a lot with techniques used in metal and wood carving. The design is first drawn, painstakingly and extremely neatly, on the ivory surface. Curves and circles, depicting the shapes of flowers and foliage, along with lines and dots used to fill in the spaces and enrich the design are meticulously carved. The figures of dancers, sensuous women with rhythmic movements, and mythical and natural animals are also included in the design.

Carving on ivory is done in low-relief with lace-like patterns framed in a small space. Lac is sometimes applied in the cavities for colour and ornamentation. The lac used is usually made from local ingredients like the sap of plants, resins, and mineral dyes, which are mixed to produce basic colours like red, yellow, and black.

THE PRODUCT RANGE
A greatly appreciated souvenir for the affluent tourist to Sri Lanka is a small elephant carved in ivory and decorated with precious metals and jewels: these elephants are usually part of the depiction of the elephant-procession in the Kandy pageant or Perahera held annually at Kandy in honour of the Temple of the Tooth-Relic.

Sinhalese ivory-combs are among the most elaborately carved ivory items; though more severe and less fretted pieces can also be found. The carvings on the combs include an amalgam of figures and plant and geometrical designs. Either both the back and the front are carved with identical design, allowing the comb to face either way, or else the back is left plain. An unfinished ivory comb is known as pana-katuva; the name also applies to a comb in which the teeth are broken or removed. Such combs are repaired by rivetting into a groove a thin strip of ivory cut into new teeth.

Though less frequent now, there is a tradition in Sri Lanka of finely worked book-covers made of ivory. Styluses ( veli-pata) made of ivory were used by the priests in the Pansala schools for teaching writing on sand. Some knives and swords with ivory handles can still be found; increasingly, however, horn has replaced ivory in this respect. Ivory dices, with the numbers represented by lac-filled holes, continue to be an interesting exposition of this craft.

MOTIFS & DESIGNS
1. ANIMAL FORMS
The natural figure of the lion is a commonly used motif among ivory workers; it is said to be the mythical ancestor of the Sinhalese and is believed to represent majesty and power. The lion is portrayed in a variety of different forms and poses. The mythical forms of the lion include the kesara simha, the gaja simha, and nara simha. These are mainly found in the reproductions of the ivory carvings of the Kotte and Kandyan periods, noted for delicacy of line and exquisite detailing.

2. HUMAN FORMS
Carvings of divine figures with their guardians and attendants flanking them are common in ivory combs. A range of figures – the king in full regalia, the Kandyan chief and the Kandyan ladies, human figures dancing, wrestling, in combat, and performing acrobatic feats – can be found as can depictions of historical events. Ivory combs and ivory caskets are usually superb examples of these expositions. Some of the well-known and oft-depicted motifs are:

3. FLORAL FORMS
The nelum mala or the lotus flower motif is perhaps the most common motif found in Sinhalese art; the motif is usually encircled in a design which has a geometrical form within a circle. The petals are always found in multiples of four. Special decorative forms of this motif are found in the ivory combs of the mediaeval period.

The sina mala, the conventional form of the flower motif, is sometimes found, in ivory work, in combination with the liya vela or creeper motif. The pala peti is an ancient motif derived from the lotus design and it is generally adopted as a border motif. It is sometimes elaborated with additional features like darts, crosses, semi-circles and snake hoods. A variation of this design, shaped like a flame, is found widely in contemporary ivory carvings.

The nari-latavela, a mythical creeper motif, is very popular as a traditional motif in Sinhalese art. The motif comprising a clinging vine with a flower acquires the form of a female figure, and is widely found in ivory-work. The sina mala, found commonly in ivory-carving in particular is characterised by a flower that is akin to a sword-like projection from the centre. The motif seems linked to Parasatu, which is sacred to Sacra and is associated with Buddhism in Sinhala literature; sina mala is considered to be similar to Kadupul, which is considered to be another name for Parasatu.

Liya patha (or liya pota, liya pata, and liya potha) represents a leaf-like formation with a double curve known as vaka deka. This motif, when depicted, is intricately combined in various configurations and elaborations from the many decorative motifs found in Sinhala art, and represents one of the most exquisite decorations found in Sinhalese art. Several liya patha formations, grouped together into a composite motif, repeated in a symmetrical pattern is known as liyapatha vela. This motif is frequently seen in ivory-work. The same motif, represented in an inverted construction, is known as peralum patha.

4. GEOMETRICAL FORMS
The kundirakkan is a border design composed of diamond-shaped forms – called del-ahe, aluwa, and alli – that are placed in various combinations to form a symmetrical motif.

CONCLUSION
Finding suitable markets and buyers is not easy: the scarcity and high prices of ivory significantly raise the costs of production Therefore the future of the ivory carver is not very promising. Often the products can only be afforded by connoisseurs with means, or institutions; the market cannot sustain a large sale base and volumes remain low. 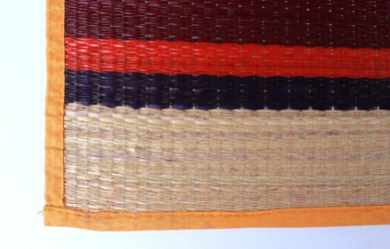 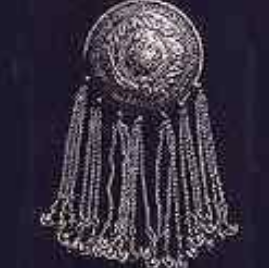