The traditions of embroidery – the art of decorating a fabric with a thread and needle – in Sri Lanka are very similar to those of weaving: a particular kind of embroidery – remarkably Indian in style – was limited to the royal court and the aristocracy; the other category was an indigenous variety of embroidery.

The royal cloth-embroiderers embroidered garments only for the royalty; the other sacred duty they performed was to make the vestments, curtains, flags, etc., for the temples and viharas or mansions. They provided the pacca hettaya (brocade jacket) and the gold embroidered toppiya (square hat) for the Chieftain, and also embroidered jackets for his wife and daughters. The kind of materials used were mainly Indian in origin – red felt, velvet, tinsel, brocades for jackets and gold thread which was used in embroidering hats and ceremonial fans.

The indigenous variety of embroidery executed on home-made materials was mainly done by the dhobies or radav (washermen). This category of artisans usually embroidered cotton materials, Kandyan hats, decorations or reli-palama, cloths on special occasions, and utilitarian items like betel-bags, cotton jackets, and handkerchiefs.

The embroidery practised in Kandy is quite distinct – in terms of designs, colours, and materials used – from the styles found in the other parts of the country. The base material is usually homespun, and the designs are in cotton thread, with silk thread worked in. This kind of embroidery is used to embellish handkerchiefs, napkins, and headgear with coloured borders and edges. Kandyan embroidery has a tradition of combining peasant colour schemes with classic traditions, whereby the colours selected for the embroidery was done according to the tastes of the locals with traditional Sinhalese motifs. Commonly used motifs include swans, lotuses, and peacocks. The embroidery is done with traditional hand-stitching, almost faultless in its execution.

Some of the most commonly embroidered items include: betel-bags or bulat-payi of all sizes, kerchiefs or napkins (lensu), caps or ispayya, jackets or hetta, pillow cases or kotta ura, pacisi cloths, (embroidery of a a race game done on chequered cloth) and saddle cloths or palasa. Betel bags vary in size from small ones carried in the waist-belt to very large ones, about four feet or more in length.

1. The Betel Bag
Traditionally, noblemen had attendants who carried their betel-bags and lime-boxes while travelling. Traditional betel-bags were oval shaped, made of blue cloth lined with undyed cotton – cloth which opened nearly half-way down the whole length at the sides – and with the inner part separated into two divisions. The inner division consisted of a double piece of cloth, which was also used as a pocket known as the hora payiya or hidden pocket; this had a very small opening at the upper end through which money, spices, and other valuables were put in. The larger items were always carried in the two outer pockets. The handle of the betel-bag was made of embroidered cloth or of a band of plaited cord and it ended with a beautiful and ingeniously worked hard-ball or vegedi-borale and a tassel or pohottuva. The outside of the bag was always beautifully embroidered on both sides in red and white cotton, using conventional designs.

In the actual construction of the embroidery there was always a centre design – floral or any other – framed by three or more borders parallel to the edge of the bag. The innermost border had the pala peti design (a lotus petal border, where depictions of lotus petals in their entirety alternate with petals three parts hidden by those on the side); the largest has the liya-vela design (this is a vegetable ornament design with a continuous stem of flowers and leaves with rhythmically disposed floral or foliar elements, also defined as a continuous scroll of foliage – single or double, large or small – and enclosing partially or throughout the figures of dancers); and the others had variations of the havadiya (this is a girdle design inspired form the silver girdle worn by the Kandyan women around their hips with a linked floral design or a continuous liked-herringbone kind of a design define) and the gal-binduwa (also called as gem dot, the design is inspired from a row of set gems used mainly as a border design) patterns. A limited amount of coloured silk was also used. Occasionally the bags were square in shape: these were made from a square piece of material with the four corners drawn together for the attachment of the handle having four cords.

The jackets worn by the gavi-vamsa ladies (daughters and wives of Kandyan chiefs) were usually embroidered with floral or animal motifs in coloured and gold threads. The jackets were made mostly in silk. The use of brocade jackets and gold-embroidered square hats or toppiya by the aristocracy indicates the use of south Indian materials such as velvet and brocade. The dancers of Kandy and the wadiga patuna troupes in the southern regions of the country have always worn heavily embroidered velvet jackets decorated with corals and beads.

The jackets worn by the devil-dancers were also well-embroidered, either with thread in the same style as the betel-bags or using the technique of appliqué. One of the devil-costumes or gara-yakshaya had a red hand-made cotton cloth skirt and jacket with the skirt having three flounces. The jacket had fastenings behind. The entire jacket was covered with elaborate blue and white cotton appliqué embroidery where the edge of the applied cloth is turned in and sewn with white cotton. The chest design was braided where narrow strips of applied cloth were sewn down following the pattern. Appliqué-work was also found on flags and pillow cases. In this work, edges were always carefully turned and were bound by hemming or by a running stitch close to the edge or even a chain stitch.

Traditionally. pillow cases nearly always had a centre piece of blue cloth embroidered with a design having a border three or four inches wide with a patchwork of red, white, and blue squares of cotton cloth. Earlier, embroidery was used in place of the patchwork.

Embroidered caps, known as ispayya, had thinly quilted flaps; the cap itself was embroidered with fine coloured silks.

Embroidered kerchiefs, napkins, and shawls were usually made of cotton and occasionally linen. Fine-drawn thread work resembling lace was often found along with a fringe of needle-work lace. Some of these napkins had a characteristic style of embroidery in which the embroidery looked the same on both sides of the cloth. This effect was obtained by working even stitches equally in the back and front with spaces in between; the spaces were then filled up when going over the work a second time. The inspiration for such designs came from woven cloth. When the napkin was used as a covering for offerings it was known as pesa lensuva.

Most Sinhalese embroidery work is done using the chain stitch. When the background is blue, the pattern is outlined in a white and red chain stitch, with the red inside and the white outside. The double outline in chain stitch is a very characteristic feature. When the borders of the betel-bag are done, they are separated from each other by three rows of chain stitch in red or blue between two white lines. The stitch is often made complex by intertwining red or blue threads or one thread of each colour.

Binding stitches are characteristic; they are drawn quite flat for the sake of clarity. These stitches are sometimes strengthened and elaborated by intertwining a coloured thread along each side below the edge of the material.

A complicated stitch, characteristic of Sinhalese embroidery, is the patteya (centipede) or mudum mesma (back-bone) stitch. This is basically an elaborate herringbone stitch. For this stitch, two needles are used together; sometimes even three colours are worked together. This stitch is most often used for binding the outer edges of large and small betel-bags.

Buttonhole stitches are used to depict conventional foliage that needs filling. This stitch – when done in a combination of two colours – gives a rich effect.

A combination stitch that is commonly used consists of two kinds of stitches. It has two Y-shaped stitches held down by a stitch at the top and the bottom, forming a square. It is then filled in with satin stitch in a different colour. The satin stitch is used to fill in small squares and other spaces.

This is used to fill in spaces.

There are several other techniques also present in embroidery work. In one method the warp and weft threads are themselves used to create embroidery-patterns on the cloth where stitches are made on the ground-fabric using various combinations of the warp and the weft; an example would be the cross-stitch done on the matty cloth. Another method is to work out embroidery stitches on a pre-decided design drawn on the fabric.

The methods used in embroidery are drawn thread method where threads are removed from the warp and weft of the fabric using some kind of regular count to create a pattern and the other method is to use a stilette or a needle-like implement to pierce the cloth and make holes creating some patterns called as the borderic anglaise method. The third method in embroidery is the appliqué method where designs cut from a different fabric are applied onto the ground fabric to create unique embroidery- patterns. These methods have been in existence as part of the traditions of Sri Lanka since the seventeenth century.

The contemporary trend is to adapt non-traditional stitches for local ware, an adaptation that displays the ingenuity and skills of the women. They aim to satisfy present-day market demands and execute designs culled from Western sources. Owing to incentives given by the government, cut-work designing and embroidery are very popular crafts amongst women. A systematic re-orientation of the craft could be achieved to suit contemporary needs without compromising on its rich traditional practices. 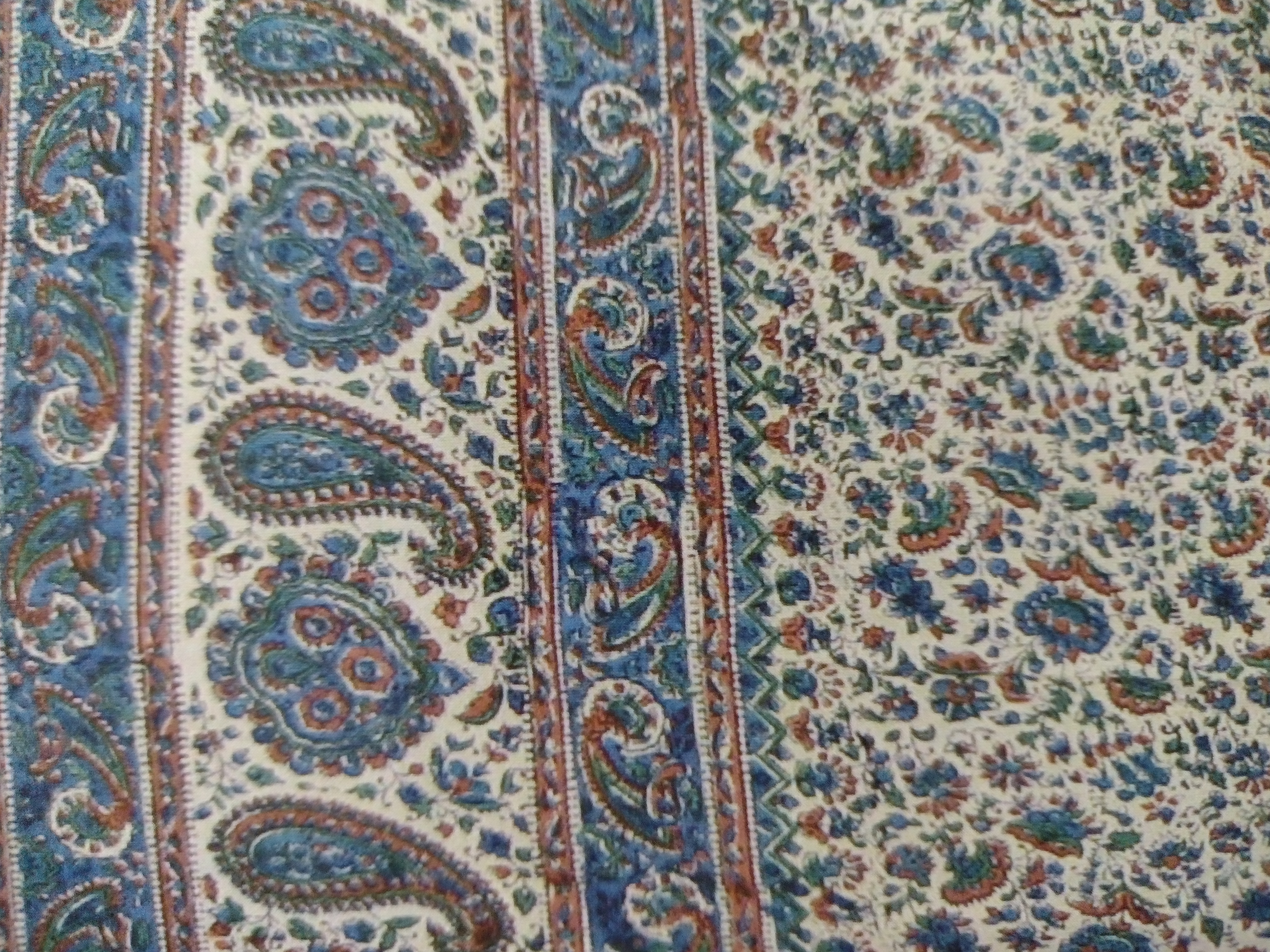