The word Kasuti is believed to be derived from word kashidakari that means embroidery by hand. Few scholars also say that the name Kasuti is derived from the words Kai (meaning hand) and Suti (meaning cotton), indicating an activity that is done using cotton and hands. This living tradition is done on Ilkal saris worn by Brides of Karnataka.

GEOGRAPHY:
In Uttar Kannada region of Karnataka, bordering Maharashtra there is a meta-cluster called Belgaum that includes district of Dharwad. The district of Dharwad has many production clusters; Dharwad, Hubli, Narendra Village, Kalghatgi taluka which are involved in a special embroidery craft on saris and blouses. The embroidery technique is named as Kasuti.

HISTORY:
It is believed that the embroidery was developed mostly in the Lingayat community and later spread to entire Karnataka region. There are literary references dating back to 15th century. It is one of the 64 arts in the Mysore kingdom. Kasuti is not merely an embellishment but an important part of the sari. The motifs are derived from the Shaivite philosophy.

SIGNIFICANCE:
Like other embroidery crafts of India, Kasuti is also long cherished women dominated industry. The skill requires prolonged skill and vigorous training. Every woman is expected to adorn their blouse and sari with kasuti embroidery. Woman in every household is adept in the craft.

The embroidery is done for a reason and not mere adornment of fabric. Chandrakali sari is a bridal wear adorned with kasuti embroidery, which is woven in typical borders. This is the only bridal wear in India with black or blue black colour which is considered very auspicious. The blouses of the sari are hand woven and embellished with embroidery. Such blouses were considered the most appropriate blouses for expectant mother. Traditionally the embroidery was used on fabrics related to rituals of marriage, childbirth and festivities as well as daily wear for women and children, and on household accessories.

TYPES OF STITCHES:
Kasuti embroidery consists of four prominent stitches; gavanti is a double running stitch, murgai is a zig-zag running stitch, neygi; darning stitch and menthe (name derived from vernacular name for the fenugreek seed) is a cross stitch which is used mostly in filling the background areas.

MOTIFS:
As the Lingayats are deep routed in Shaivite religion, the motifs are also derived from religious philosophy. The motifs most commonly used in the embroidery are mainly gopuram (temple tower), ratha (chariot), conch shell, linga, lotus and animals. Sometimes border motifs representing a field of crop ready for harvest are also depicted. 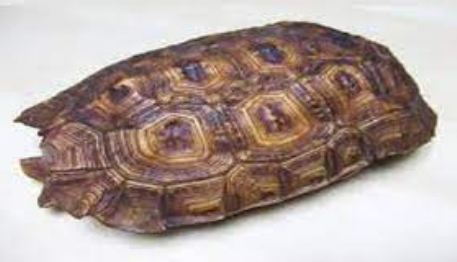 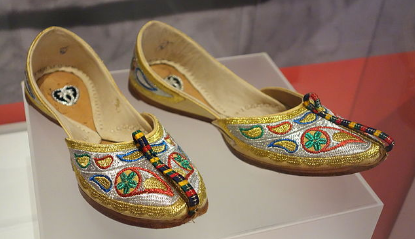