Dhokra non-ferrous metal casting is done using lost wax technique. The Dhokra metal casting of Madhya Pradesh is mainly of two types; the one with bronzes made using cir? perdue (lost wax method) and the other indigenous method of iron smithy. The first techniques uses filling up of molten metal into the mould. The product range includes utensils, harnesses for horses, idols of tribal deities and bird figures. Dhokra metal casting is not main occupation but side work along with agriculture. Traditionally, the profession provided for ritual requirements for example a dagger worn by the groom during the marriage ceremonies. Another example would be gifting an oil wick lamp to the bride by her family that resulted in many forms of lamps. 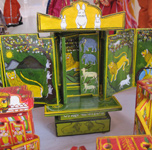 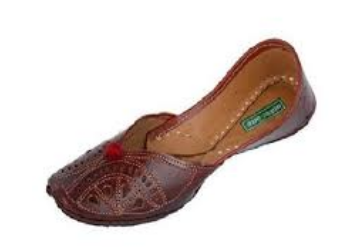