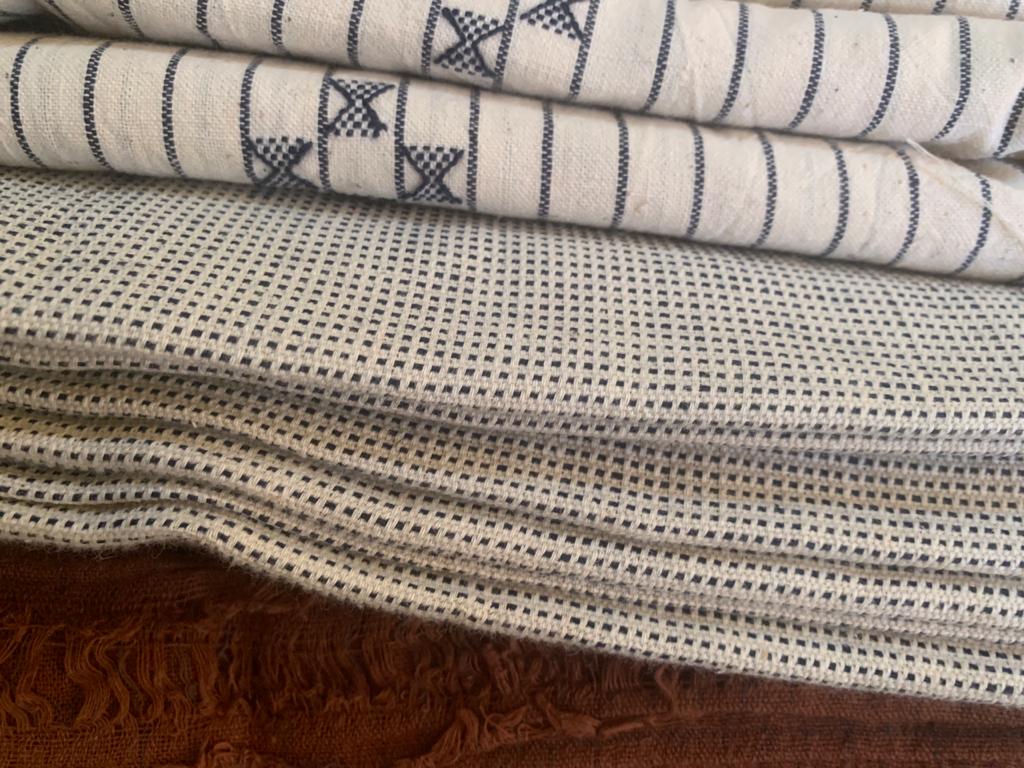 Dhabla is a common term connoting woollen blanket or quilt used across Gujarat, primarily by a few local communities like Rabari and Bharwad. The signature feature of dhabla is its textured white surface of sheep wool, adorned with yarned extra weft motifs in different shades and hues.

Traditionally the weaving of the Dhabla is done by the Vankar community. This community originally hails from Rajasthan, where they were called Meghwals. Apart from religion, trade was a factor behind Meghwals’ frequent trips to Kutch. They soon understood that Kutchi villages desperately required weavers as there was no weaver community there at that time. The Rabaris reared sheep and are skilled in the art of embroidery, but lacked weaving skills. Consequently, the Vankar community got to work as weavers in these villages and settled down there over time. Earlier, the Rabari womenfolk used to rear the wool from the local sheep and spin wool. After the Meghwals settled down in Kutch, the Rabaris began to offer this handspun wool to the weavers and the weavers spun shawls and blankets for the Rabari men and women.

Dhabla shawls are a basic necessity in the semi-desert rural land of Rann of Kutch. The shawls are woven on a traditional pit-loom, by using both cotton and woollen yarn. Pre-planned designs are transferred on the loom with the help of threads. Then warp of the required colour is put on the loom with the aid of kanji (or starch). The required number of yarn threads are tied and connected with pedals. When the pedal is operated, the particular warp thread comes up, making way for the weft thread to pass through the ruler. Thus, weaving is carried out by the application of a simple up-and-down technique. The colours commonly used to make these shawls include yellow, red, black, green, and orange. The rough wool collected from sheep is the prime raw material used by the Vankar community.

The design repertoire of the dhabla shawls has traditional patterns based on daily life of the weavers – mostly geometrical motifs. Only pointed motifs can be generated through extra weft patterning technique used by the weavers. Fine curvilinear motifs can’t be produced. Very simple layouts were in vogue traditionally. But at present, overall jaal and patterning using the same traditional geometrical motifs are prevalent. Warp wise stripes are also in vogue. Earlier they used to have a few colours in natural dyes – white, black, maroon and sometimes brown. The body used to be white with black and maroon extra weft patterning. Sometimes warp-wise borders with black and maroon were made, however the Ahir community got its dhabla woven in seven colours -blue, black, green, orange, rust, pink and red. 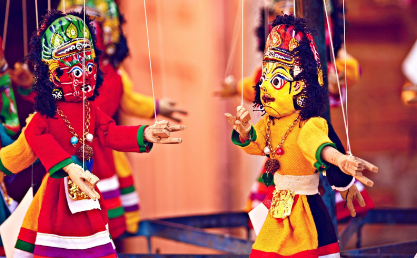