Dabu is a dome- shaped container crafted by Gami, Vasava and Chaudhri tribes settled in Madvi district of Gujarat. It is believed that it houses the spirit of death and has four openings that act as the entry and exit point for them. Once the priest has anointed the dabu with vermilion, with chanting and dancing the spirit is invited to take up the residence. It is made on a potter’s wheel by a combination of hand modelling technique and press moulding for over four to five days. It is then converted into a shrine by adding borders and coil on the top with figures such as horse, birds and four human faces around four openings.

Dabu print is a form of mud-resist painting which is popular among the block printers of Deesa, Ahmedabad and Jamnagar. The grey fabric is first washed and printed with a paste made from mud and a local gum called baval. The fabric is put into vegetable pits and washed in running water. After drying it under the sun, it is treated with dyes and chemicals to achieve the desired colour. The fabric is washed every time a new colour is introduced, making it soft and easy to drape. Dabu fabrics are very popular with the tribal and rural communities, for making ghaghara (skirts) and odhanan (veils). 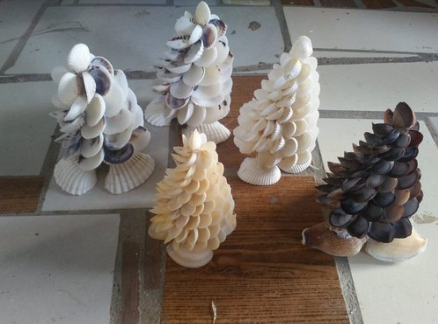