The gilded roofs and finials of the temples and palaces in the Kathmandu Valley were created by the metal processing method of repoussé – that is, the beating out of forms and images from the reverse side of sheet metal. This method was also employed to make gilt copper overlays for carved wood in shrines such as Kwa Baha in Lalitpur, and at Changu Narayan.

By the 7th century, at the latest, the artists of the Kathmandu Valley had mastered the arts of repoussé and also of inlay with semi-precious stones: this is proved by the inscriptions of the extensive use of metal for the beautification of temples and palaces. None of this remains, but it seems certain that many motifs and techniques date back at least this far – Chinese accounts mention water pouring from the mouth of a golden makara, a sight that may still be seen today. The influence of Newar metalwork has been formative in Tibet and China.

THE ORIGIN OF CASTED METALWARE
The first recorded evidence of copper and bronze objects being produced in Nepal can be traced back to the early Lichhavi period and is found at the Chandeswari temple in Banepa and at Sankhu. These objects appear to date back to the 6 A.D.. Likewise, records from the Chinese traveller, Yuan Chuang, who passed through Nepal during the seventh century, describe his appreciation and admiration of Nepalese metal craftsmanship. So impressed were the Chinese by the artistry of Nepal’s metal industry that the Chinese Emperor Kublai Khan invited one of Nepal’s famous artists, Arniko, to help renovate Chinese metal structures in 1274. Evidence of Arniko’s work can still be seen in the form of Boddhisattva, Lokeswara, Tara and the renowned white Nepalese pagoda that still remains standing in China.

By the early seventeenth century, Nepal became an important trading point between India and China. As this trade increased, the export of metal products to other countries in the region began to flourish. Even today, examples of early Nepali products can be found in Tibet, China, India, Pakistan, Burma and Bangladesh.

There is abundant evidence that under the Newars the art of building reached a high stage of perfection, while the profusion of ornamentation in wood-and metal-work attests the liberal encouragement that those arts received.

Patan, a city located adjacent to Kathmandu, has been considered by most experts to be the origin of the metal cottage industry in Nepal. The excellence in metal craftsmanship in Patan can be traced back to the fourteenth century with the creation of the ‘Kwa Bahal’ or Golden Temple. Likewise, records dating back to the mid-1500s, during the period when the Mahabauddha temple was being constructed, describe the flourishing metal industry in a section of Patan that surrounded this important shrine. Since copper deposits were readily available in the area, metal workshops were able to flourish. Even today, Patan remains a major focal point for the production of cast statues that are sold for export throughout the world.

During the mid-1700s, an important migration of metal craftsmen took place from Patan to three sites within Nepal – Tansen Chainpur, and Bhojpur. According to historical anecdotes, there were two explanations that account for this outward migration. The first related to the availability of raw materials. Chainpur and Bhojpur both had a good supply of copper. As the price of raw materials began to steadily increase in the Kathmandu Valley, it became more cost effective to move to a location where these materials were less expensive.

A second important consideration had to do with a custom known as a ‘guthi’, which still exists in Nepal today. A guthi represents a social organisation consisting of married brothers of a number of families who gather regularly for large, lavish feasts. These celebrations were organised by a different brother on a rotational basis. As the cost of the food and drink for these elaborate events began to exceed what the average family could afford, rather than just stopping the practice, entire guthis left Patan for other areas of the country, thus leaving the tradition behind.

Within the metal casting industry, most of the craftsmen who ply this trade come from the Newar community. For centuries, the Newars have been renowned throughout the world for their expertise in producing exquisite sculptures from a variety of materials including stone, wood and metal. They are also responsible for creating many of the impressive temples and palaces scattered throughout Nepal’s major durbars and public squares. The Newars till today continue to attain the highest level of excellence in metal casting, which is unsurpassed. Newari brass and bronze metalware, including both religious and secular vessels and bowls, are admired for their functional use as well as for their high aesthetic value. 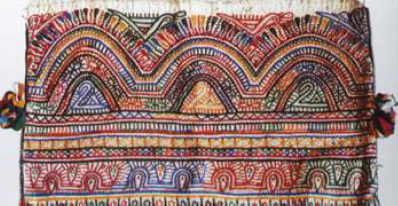 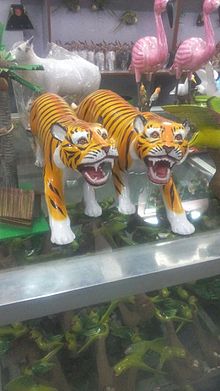