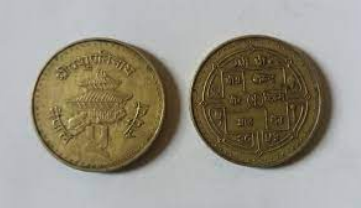 In the Kathmandu Valley at Lalitpur – in the areas surrounding the famous temple of Mahabuddha – there existed places where copper-coin making was first started many centuries ago, and continued to be practised until a few decades ago. This art and craft has now died out completely – copper coins can only be found in museums and in personal collections or with antique dealers. Around the temple of Mahabouddha there are places that still show large deposits of iron slags called taksar and there are still certain localities called Taksar, specially at Palpa Tansen and Bhojpur, indicating that in the ancient days copper coins were minted here. The inhabitants here claim their descent from the Sakyas or Bajracharyas of Lalitpur.

According to old records, a Nepalese Buddhist scholar Abhaya Raj Sakya returned to Lalitpur from Bodh Gaya in India and started the construction of the Mahabauddha temple in a similar architectural style of an Indian Mahabauddha temple he had visited. The records maintained state that he was later made the head (naike) of the copper coin mint on the demise of his father who was the previous head of the mint.

Conch and Shell Craft of Bangladesh