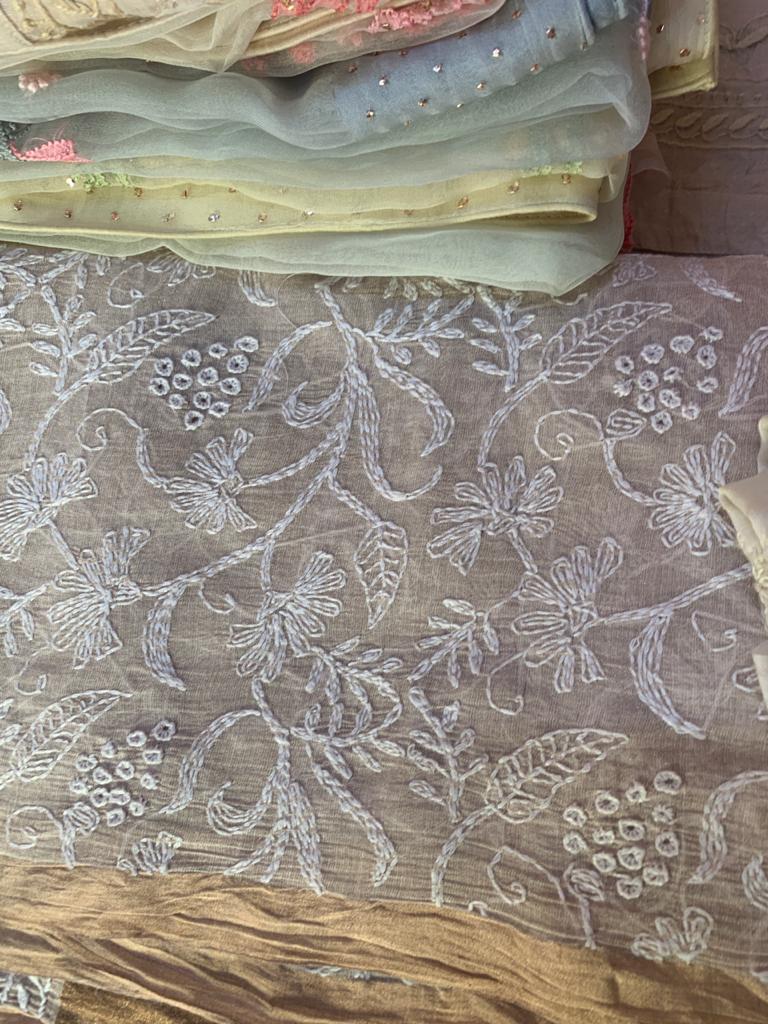 Traditional chikankari was originally embroidered with white thread on muslin cloth. Gradually, other fabrics were used as the base; these included organdie, mulmul, tanzeeb, cotton and silk as well as voile, chiffon, linen, rubia, khadi handloom, terry cloth, polyester, georgette.

Chikan is essentially a white-on-white embroidery, that is to say white embroidery on white fabric. Predominantly floral designs are executed on fine cotton with untwisted threads of white cotton, rayon or silk. This style of embroidery has evolved over the centuries, reaching its peak in the late 19th century in Lucknow. True chikankari has the unique property of being limited to a fixed repertoire of stitches, each of which is only ever used in a certain way. This repertoire consists of 32 stitches (five of which are common to other forms of embroidery), five derivatives and seven stitches that form an embossed shape, usually a leaf or petal. These small individual petals help identify chikankari.

The making process has five different stages, such as cutting, stitching, printing, embroidery, washing and finishing. 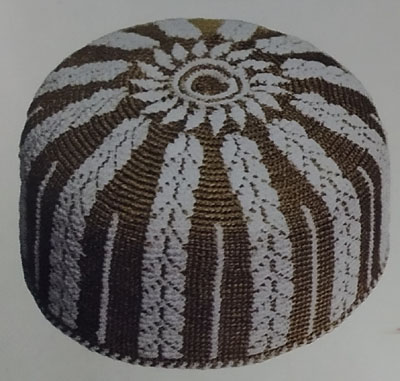