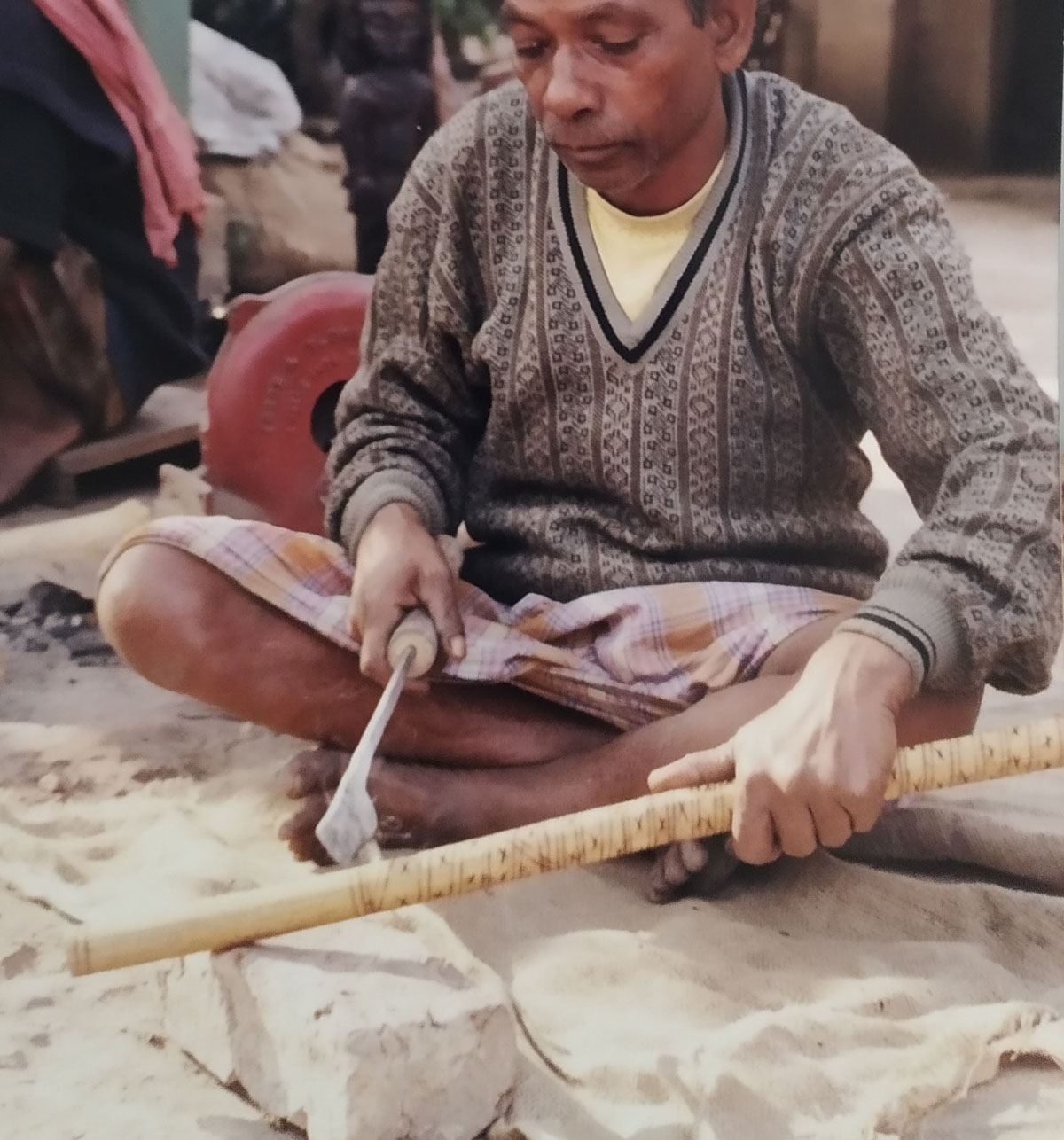 Wooden pillars called Urusguttas are erected in the memory of prominent tribe members in the hilly tracts of Bastar. The main tribal groups found in this region are the Marias and Muria Gonds. Wood is found in abundance in this region and the tribals excel in wood-carving. Urusguttas are wooden tetrahedral structures made from the bark of Termialia tomentosa, and vary in height from four to eight feet. They are topped by a roughly hewn block of wood in the shape of the number eight, with the apex or tip tapered and marked with a series of deeply incised lines. At the junction of the block and the square roof of the main pillar are figures of carved birds attached to iron rods projecting in four directions. The pillars are carved on all four sides with each face divided into four or six rectangles or square panels. The carvings include human beings, animals, birds, trees, and other familiar figures in the tribal world.
An evolved style of wood-carving is also found in the ghotuls or youth dormitories where young boys and girls were supposed to acquaint themselves with one another before marriage. The wooden doors, beams and posts are all carved with motifs of human beings, floral ornaments, geometrical patterns, and animals such as deer, bison and fish; other common motifs are combs, tortoises, birds, and dancing figures weaving bison-horn headgear. Combs, used mainly as hair ornaments, are another example of the skill of wood-carving or etching. The designs found on them are intricate — delicately incised embellishments of rectilinear and geometrical forms such as triangles; flowing lines; diagonal and criss-cross hatching; and herring-bone bonds. Wooden tobacco containers are also exquisitely carved. They are often shaped in the form of wheels, fishes or mangoes. The ornamentation is mainly geometric. The other items that are carved include dancing sticks, drums, low seats, and dried gourd called bhurka used as vessels. 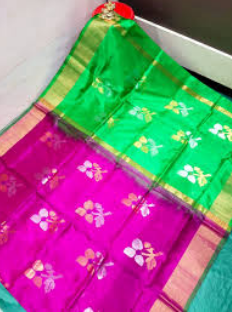