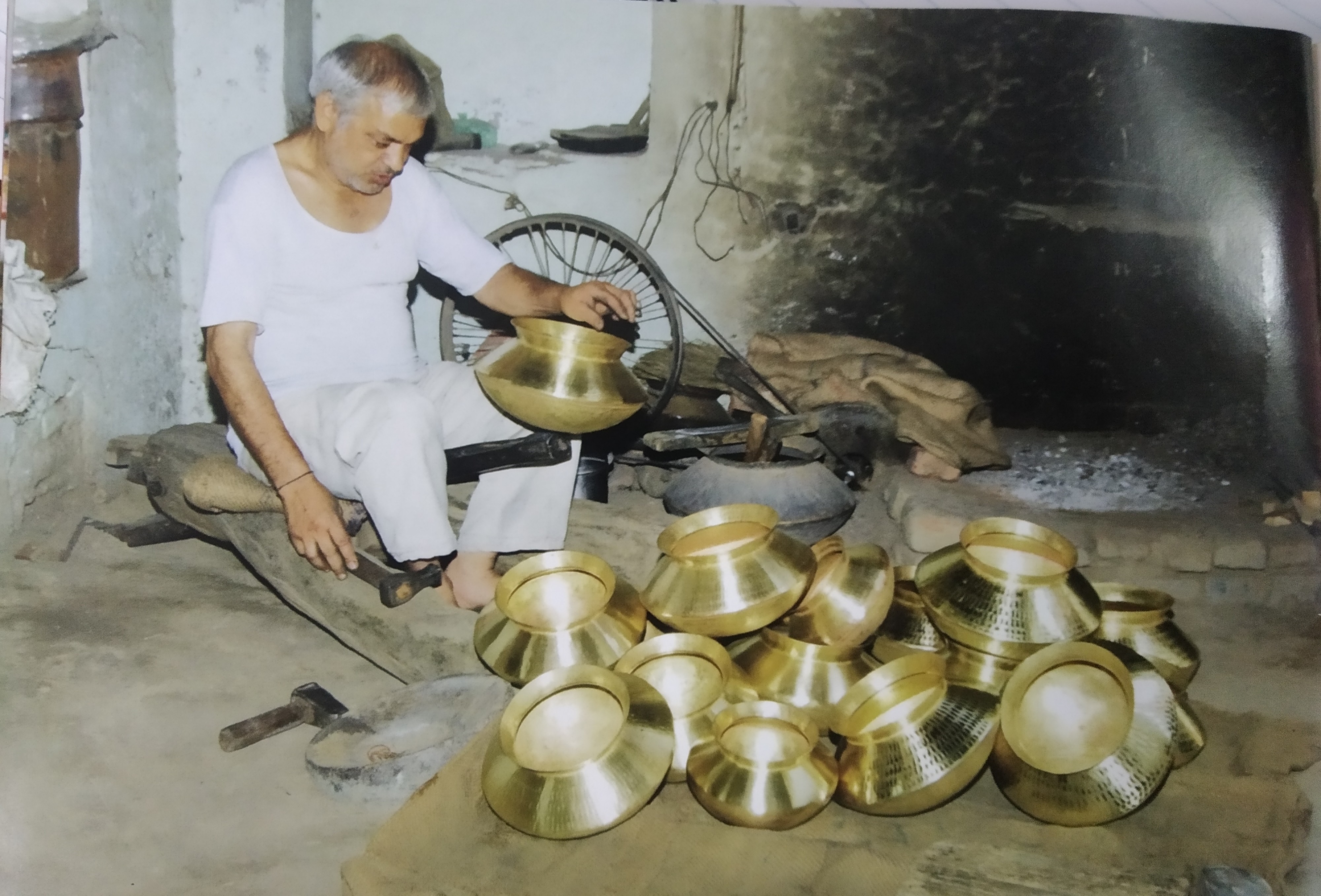 Jandiala Guru is known for the craftmanship of copper, brass and kansa (copper, zinc and tin alloy) utensils, which are traditionally used in the region. Copper is regarded as an ideal metal for cooking utensils, possessing medicinal properties beneficial to health. Also ‘kansa’ (an alloy of copper, tin and zinc) is highly recommended for healthy cooking according to Ayurveda, an ancient Indian school of medicine. The present settlement of craftsmen consists of 400 families of Thatheras who migrated here from Kujranwala.

The manufacturing settlement in Jandiala Guru is laid out along a series of narrow lanes, lined on both sides by small workshops and sheds, each having an adjacent residential space for the families of the craftsmen. The process begins with cooled cakes of metal (obtained from a rolling mill which is sourced from metal scrap) which are flattened into thin plates, which are then bought by the Thatheras, who hammer them into curved shapes, welding them together to produce the required pots, urns, plates and bowls.

Heating the plates while hammering and curving them into different shapes requires careful temperature control, which is done on tiny wood-fired stoves (aided by hand—held bellows) buried in the earth. The utensils are manually finished by polishing with acid, sand and tamarind juice. Designs are carved by skillfully hammering a series of tiny dents on the surface of the heated metal. The final product is a gleaming utensil for individual or communal use with ceremonial or utilitarian value depending upon the product.

According to local sources and the ‘District Gazetteer’ (1883), the craftsmen’s colony was established during the reign of Maharaja Ranjit Singh, the great 19th century Sikh monarch, who encouraged skilled metal workers from Kashmir, to settle in the heart of his kingdom in Punjab. Jandiala Guru became one of the great market towns for brass and copper utensils. Another such mandi was in Kujranwala, now in Pakistan. In 1947, during the partition of India, the metal worker community of Kujranwala, predominantly Hindu and Sikhs, crossed the border and settled in Jandiala Guru. This helped preserve a regional craft centre in India2,–