For centuries houses, palaces, dzongs, temples, bridges and utilitarian items for the home and the field have been and continue to be made with local materials consisting of a combination of stone, rammed earth, bamboo and local timber or wood. Timber is used lavishly in all structures for windows, doors, stairs, balconies, columns, beams and other structural elements and for elaborate decorative cornices.

The techniques used by the craftspeople have remained relatively unchanged and even today the basic constructional elements for the building of a house are made by hand with the help of a few tools only. Buildings are not constructed according to a set floor plan but at the same time follow measurements dictated by the sacred scriptures. The carpenters plan and prepare the necessary building elements based on an understanding of the sacred texts and supervise the work when the construction begins. Massive Dzongs, Lhakhangs and Goenpas, palaces, houses – some of which are built on mountain tops, sheer cliff faces, at strategic places – are erected without either a floor plan and most remarkably without iron, not even nails.

Common to every structure are the intricate decorations, woodcarvings and brightly coloured patterns and murals on wall panels. Carvings of Lord Buddha and various other deities adorn the walls and altars of temples and shrines. The common motifs on more secular buildings are the druk (dragon), Tashi – Tagye and various legendary animals (refer article on symbols). The upper stories of a building boast remarkable woodwork with paintings seen frequently on the frames of the three lobed windows and on the ends of beams. Elaborately painted timber cornices are usually placed around the upper edges of the structure, just below the roof and above doors and windows. Windows and doors are also normally painted giving the houses a very festive appearance. Floral, animal and religious motifs are mainly used as themes for the colourful paintings.

Ecologically sound local construction technology has developed in response to the

MATERIALS
Traditionally houses, palaces, dzongs, lakhangs and goenpas, stupas or chortens, bridges and utilitarian items for the home and the field have been and continue to be made with local materials consisting of a combination of stone, rammed earth, bamboo and local timber or wood.

Stone:
Stone arts are used in the construction of the outer walls of large Dzongs, Lhakhangs, Goenpas, stupas or chortens, palaces, and other buildings.

Timber:
Wood, found abundantly in the country, is used lavishly for windows, doors, stairs, balconies, columns, beams, other structural elements and for elaborate decorative cornices, which are usually placed around the upper edges of the structure and just below the roof and above doors and windows. Very narrow timber window are found on the lower floors and larger elaborately painted timber three lobed windows on the top floor. Windows and doors are also normally painted giving buildings and houses a very festive appearance. Floral, animal and religious motifs are mainly used as themes for the colourful paintings.

Timber is also used for flooring and ceilings in houses. Roofs are of made of wooden shingles kept in place with small stones. Large open breezy spaces under the high, shingled roofs, create the unique ‘flying roof’ characteristic, which is peculiar to indigenous Bhutanese houses. A single log of wood with ledges cut on one side serves as a staircase.

Almost every house has a wooden altar with statues of the Buddha and the great gurus. Murals and carvings of Lord Buddha and various other deities adorn the walls and altars of temples and shrines.

The origin of Dzongs in Bhutan dates back to the 11th century. Built with the primary aim of defence, the site of a Dzong was usually a strategic mountain top overlooking the entrance to a valley. In the event of an attack, the people of the entire valley took refuge within its fortified walls.

Dzongs performed dual functions – not only were they centres of administration but also religion and culture – functions they continue to perform even today. Most dzongs have monasteries where monks reside and receive religious training. There is, however, a clear demarcation between the monastic and administrative sections.

Massive stone walls, large courtyards and beautiful wood work on windows and cornices are the most striking among elements of a Dzong. The dzongs, are usually made of stone and pounded mud, with the super structure being made of timber. The structures were normally constructed to form oblongs or squares enclosing a courtyard. In the middle of the dzong is the central temple, square based, several storeys high, dominating the entire complex. The main temple is surrounded at some distance by an outer wall of buildings running along all four sides, which are meant for housing monks and serve as store rooms, arsenals and administrative offices. Dzongs generally have only one entrance.

Just below the roof a wide red stripe the kheman recalls the religious nature of the building . The gently sloping roofs are normally raised one or two meters high above the last storey and form broad overhanging eaves.

Dzongs are treasure houses that house some of the best examples of Bhutanese craftsmanship with its magnificent murals, carvings, sculptures, ancient hand printed scripts, rare artefacts and textiles.

Stupas or Chortens
The most common architectural feature of Bhutan’s countryside is the chorten or stupa. Chortens range in height from 2 meters to massive chortens with heights over 10 meters. A chorten or stupa literally means a receptacle of worship or offering. Originally stupas were meant to house the relics of the Buddha and other Buddhist saints. Gradually, however, they acquired a deeper significance and building a stupa came to be considered an act of great piety, earning merit for the actual builders as well as for those who paid for them.

A stupa is not considered as an inanimate object but as a support of faith.

A stupa represents the Buddhas Body. It symbolises in part the five elements with the square base representing earth, the dome water, shaft fire, crescent air and the circle symbolising ether. Every large goenpa has a chorten which preserves the remains of the Head or Senior Lama. Chortens are sometimes linked by long thick stone walls called mani or prayer walls, which are inscribed with religious paintings and prayers. Inside walls of a chorten are painted with murals each telling a different story.

There are different styles of construction. The most common chorten to be found in Bhutan is called Khangtseg, that is, the “house” chorten and is a simple square based building sometimes with an ornamental roof. It is enclosed on all four sides and contains the usual sacred relics and objects sealed within.

Lhakhangs (temples or the home of the gods) and Goenpas (monasteries or solitary places) are found in every valley, village and also on almost every mountain in the country. Besides being religious centres they provide employment to the lay people as help, artisans and agricultural labourers and have important social and cultural functions as almost all cultural events of a village are held there.

The exterior of the temples is usually surrounded on all four sides by rows of prayer wheels, which are revolved by pilgrims while circumambulating the temple. The temples are generally built on a rectangular plan, and the main shrine is always reached after crossing a courtyard. The courtyard, which forms the entrance to the temple, is used for communal gatherings, festivals and dance performances. After the circumambulating corridor, which is lined by prayer wheels, is the sanctum of the temple proper and the assembly room. Image of presiding deity is at the centre. The chamber of horrors (goinkhangs) is the secret chamber where the chief protective deity of the Gelukpas, Mahakala Vajra Bhairava is enshrined and it is here that one finds masks, weapons and skulls used in rituals. The roof is decorated with bellshaped domes, the number of which depends upon the number of shrines attached to the temple.

A traditional Bhutanese home apart from being a residential dwelling for the family, provides – shelter for domestic livestock; a place for weaving and other household activities; a religious space for worship and other family activities.

A house usually has an open or semi-covered courtyard in front of the building. This space is utilized for growing vegetables and other agricultural produce; drying things; keeping the animals; manual pounding of cereal, etc. Normal indigenous houses of farmers are two or three stories high, with each level having distinctive functions. The floors in an indigenous house is laid out in a hierarchy, starting from the simple lower ground floor spaces, used for sheltering livestock, to the sacred upper level used for living and religious rituals.

Spaces are normally laid out in squares and rectangles in straight lines. Thick, rammed earth or stone masonry walls make the exterior of the structure. The inside walls are made of bamboo matting covered with plaster. The lower floors have narrow timber window and larger elaborately painted three lobed timber windows on the higher floors. The high wooden, shingle roofs is held in place with small stones and have large open breezy spaces under them. What is remarkable is that no nails are used in construction.

Timber is used lavishly for flooring, windows, doors, stairs, balconies, columns, beams, ceilings and other structural elements and for elaborate decorative cornices. A single log of wood with ledges cut on one side serves as a staircase.

The upper storeys boast remarkable woodwork with paintings seen frequently on the frames of the 3 lobed windows and on the ends of beams. Doors and windows are generally carved with traditional motifs Elaborately painted timber cornices are usually placed around the upper edges of the structure, just below the roof and above doors and windows. Windows and doors are also normally painted giving the houses a very festive appearance. Floral, animal and religious motifs are mainly used as themes for the colourful paintings.

The levels of a house are laid out in hierarchy starting form the ground floor and used for different functions:
The ground floor of the house is used for sheltering livestock and weaving of handlooms. The courtyard is an open space used that is utilized for various functions.
The living quarters and the kitchen are on the first floor as is the store and the family room. The altar will be on the top floor and usually has an altar with statues of the Buddha and the great gurus. This is the most important part of the house. Large open breezy spaces under the high shingled roofs, create the unique ‘flying roof’ characteristic, which is peculiar to indigenous Bhutanese houses.

While the structure of a house would be similar the materials used for construction and local variations such as the size and placement of the windows would vary from region to region.

Southern Bhutan houses are ridged roofed and rectangular with outer walls of stones and rammed mud finished with plaster. The inner walls are of closely woven bamboo matting.

Central Bhutan: Bumthang houses are made of stone rather that rammed earth and more sparsely decorated.

Eastern Bhutan: Houses are built traditional Bhutanese style but one can see many houses made of bamboo matting and built on stilts 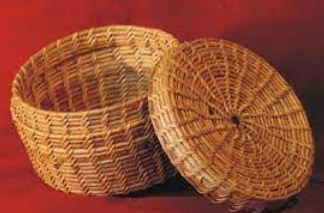