Bas-Relief House Decorations in the Terai of Nepal

For generations, women across the terai in the hot fertile plains of southern Nepal, have transformed the verandahs and outer walls of their homes into colourful designs dedicated to the Hindu goddess Laxmi who brings good fortune and a rich harvest. The most lavishly decorated painted houses are found in the eastern terai, in the districts of Morang, Sunsari, Udaypur, Dhanusa, Saptari, and Jhapa. Different subgroups of Tharu, as well as Maithili, Satar, and Rajbanshi also have on a tradition of painted houses.

PRACTITIONERS
The painting and the bas-relief is an art practised almost exclusively by the woman of the household. In the terai, where there are no professional artists, no art schools, it is the women who preserve traditions. The young girls observe their mothers mixing clay with dung, milk with coloured powders. They watch them develop the designs and learn to re-do them each year at festival time. The art is passed on from mother to daughter through a strong oral tradition.

DETAILS
The outdoor ‘canvas’ on the walls is a mixture of clay, straw, and dung. Symbols from the Hindu epics, as well animal and bird motifs, are popular throughout. Style and pattern, however, vary from region to region in the terai.

The Kochila Tharu, living mostly in Morang and Sunsari, apply decorative designs to their verandah walls and balconies. The vivid patterns are particularly elaborate around windows, doors, and small openings including chicken house doors. Many Kochila Tharu walls depict vines and flowers, in particular the lotus flower, the nine-petalled symbol of perfection.

Scattered throughout the easternmost districts of Jhapa and Morang, the Satar and Rajbanshi, while small in number, leave their mark with a strong house painting tradition of their own. Most Satars and Rajbanshis live in small one-storey houses with verandahs sheltered from the burning sun by low thatched eaves. Their modest homes are as clean and carefully ornamented as those of their wealthier terai neighbours. Satar women seem to favour large-scale animals and abstract designs, which often fill up the entire seven-foot high walls of their houses. In a surprisingly contemporary style, Rajbanshi women shape and paint designs taken from the world around them, such as stylised animals or even the symbols of a deck of cards: hearts, clubs, spades, and diamonds.

The Maithili women are the best known artists outside the terai. Located in the Janakpur region, they have developed a style quite similar to that of their Maithili sisters across the Indian border in Bihar. They seldom create bas-reliefs, but draw free and imaginative designs, often using religious themes including Hindu figures, popular stories, and mythological beings.

Far to the west, along the Karnali river, the Kathariya Tharu, one of the smallest subgroups of Tharu shape and paint distinctive large scale geometric patterns in bas-relief using muted and natural colours. The same patterns are repeated inside the house, painted on room dividers and sculpted onto large rice containers.

Many Dangaura Tharu, believed by many to be the earliest Tharu of the west, carried the memory of their traditional long house with them when they left Dang Valley in search of better lives and greener pastures. Their long houses can be found in Surkhet, Bardiya, Kailali, and Kanchanpur districts as well as Dang, adorned with simple unpainted clay bas-reliefs of peacocks, snakes, and elephants to represent good fortune, a plentiful harvest, or fertility.

The terai is region of ethnic and religious diversity. Living in the same villages alongside Hindus and animists, Muslim women celebrate life by designing and patterning abstract designs on their houses; green and purple are the predominant colours, and sparkling mirror fragments are also used.

DESIGNS
Among the more popular designs is the peacock; this bird – with its associations with happiness, passion, and bliss – decorates more painted houses than any other bird. Another great favourite is the green parrot, considered a symbol of love and a popular subject for wedding paintings. The elephant symbolises strength, virility, gentleness, and calm and it is often painted on Maithili houses. Dangaura Tharu women in the west also portray elephants on the walls of their houses in the form of clay bas-reliefs. 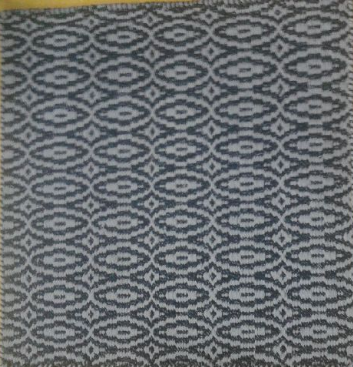