Why The Banarasi Sari Is Special

Jaitly, Jaya
KEYWORDS YOUR VIEWS
Varanasi has had many names beginning with Baranasi in old Pali scripts, and many others like Avimytaka, Suranshana, Ramya and Kashi, before officially becoming Varanasi only in 1956. The city of Varanasi has an unquantifiable aura of being agelessly old, undefinably spiritual, and offering a sense of peace and continuity when you leave the chaos of the city and sit on the steps of any ghat along the banks, getting lost in the stillness of the ever-moving River Ganga. In the same way, possessing a brocade, a tissue or a tanchoi sari woven by a weaver from Varanasi, wearing it on your wedding day, or possessing one, is like having the reassurance of tradition and continuity in a life of full of sartorial changes. The names of different kinds of weaves and designs of the saris too lend a special story to the ‘Banarsi’ sari, as ubiquitous in a trousseau as the Banarsi paan is at a roadside kiosk. Like the multiple names of Varanasi, sari patterns, motifs and techniques like chaudani pallu, jangla, kinkhab, minakari, , konia shikargah, ashrafi , kadwa kairi, badam, ambi, pan buti, gendabuti, t name a few. Even colours have a variety of names, nilambari for the night sky and kapur safed for camphor white. The weave and the name combine to create a magical identity for each sari. I have always linked my love of the Indian textile aesthetic with pride in the skills of traditional weavers and the imperative to ensure the survi... 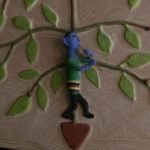 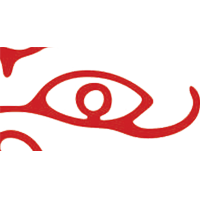