Chatterjee, Ashoke
KEYWORDS YOUR VIEWS
Discussion on India’s handloom heritage swings between extremes. Some influential minds would have us believe the fabric is doomed to extinction, given the versatility, speed and economy of computerized production on powered looms.  A contrasting conviction is of millions dependent on India’s second largest source of livelihood, serving  a huge market at home and abroad, and creating what for some is  ‘the world’s greatest fabric’. There is another argument, less heard yet probably of greatest import. It regards the handloom as symbolic of an alternative paradigm of human development, placing human and planetary wellbeing at the centre of concern. In this perspective, the Indian handloom is more than a tool. It emerges as a composite world view, as a culture, and as resource of wisdom and innovation that can respond to contemporary challenges with extraordinary creativity. A middle path must find its way through the debate and into the market place, where the user is judge and jury. So, who needs or demands hand-made fabric? Can demand be built over competition from mass-produced imitations and alternatives? What does ‘handmade’ actually mean in this age of mixed skills, materials and technologies?  The answers should belong to the buyer and the weaver, yet both voices are stifled. The extinction argument is the one proclaimed loudest, by lobbies claiming to speak for the consumer, yet without any mandate from her. Their political clout is not matched by activists and aesthetes, inspired by the ‘charkha century’, or by the discipline of alternative economics that is larg... 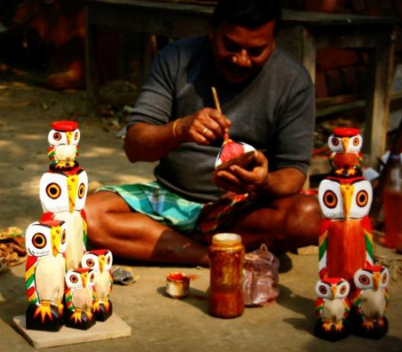 Use of Information and Communication Technologi...