The Launch of ‘JIYO’: A Note

Chatterjee, Ashoke
KEYWORDS YOUR VIEWS
The Naya Daur/Jiyo launch ceremony and symposium on March 31 in New Delhi was full of stimulating thoughts and experiences.  It also raised a number of issues surrounding this initiative, and what it might mean for the rest of us.  I have forwarded some of the literature produced for these events to CCI through Ushaji. What is ND/J?   The first thought that came to mind on receiving the invitation to participate was ND/J as a national, Government-supported initiative. However, it was announced as a private limited company which will act as the nodal agency to connect artisanal institutions (called sanghas) across the country. The company will promote the brand JIYO through nine divisions (navratnas) covering all the “Creative & Cultural Industries under one unified umbrella brand”.  Shareholding at this point: 51% under a trust pending capacity building at the local level, 49% held by two Directors, Rajeev Sethi and Sam Pitroda, pending expansion of the board (which will also include Sangha representatives) and  investors. Artisans are to be shareholders. Its present activities are in AP, Bihar and Delhi. Positioning ND/J in the sector:   The launch was supported by IICR, Ministry of Culture, World Bank and the Japan Social Development Fund (the latter two are donors to this enterprise). It was apparently a curtain-raiser to a series of events being planned for 2011 and 2012 through SASIAN JOURNEYS, a festival that will travel through Scandinavia, France and culminate in Washington DC .  Gandhi Smriti and Darshan Samiti were co-hosts (with the... 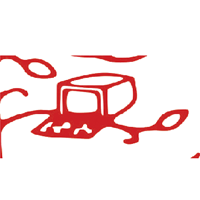 Indian Crafts for the Next Generation